Burger King Japan is at it once more, with yet another strange burger variant we’re unlikely to ever see here in the States. The Aka Samurai Burger features a bright red bun, and a spicy flavor to go with it. 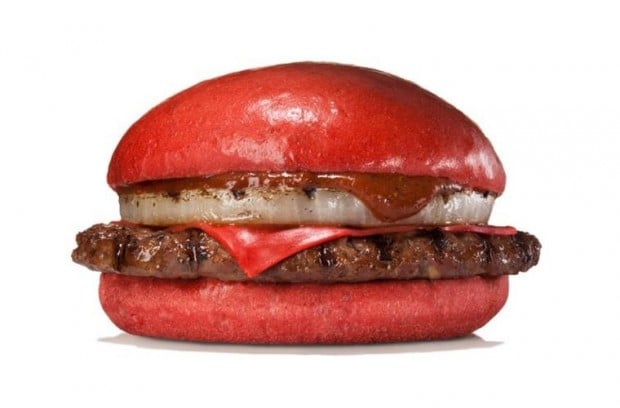 The bun gets its brilliant red color from tomato powder, while inside is a burger patty, an onion, “angry” sauce, and red cheese. Yes, red cheese. Too bad they won’t serve meat rare at the BK Lounge. There’s also a chicken version if you’re not into beef. 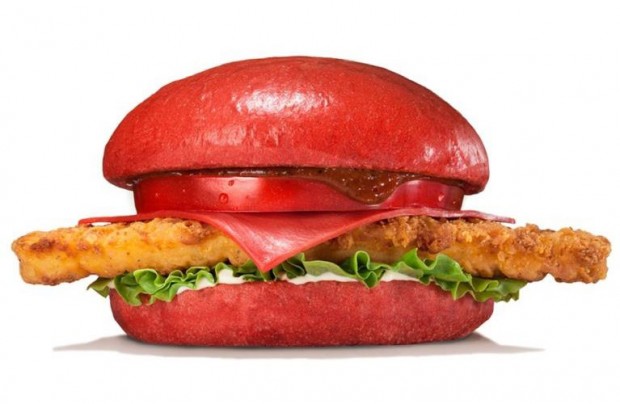 And if red isn’t your color, the restaurant is also featuring yet another series of black bunned burgers, the Kuro Shogun and Kuro Taisho, which get their color by adding charcoal to the flour: