The Big Lebowski is one of those movies that was kind of weird, but really cool. The Dude is one of the coolest characters in the flick (and in general) and Entertainment Earth is now showing off a new The Dude action figure that will land next month. 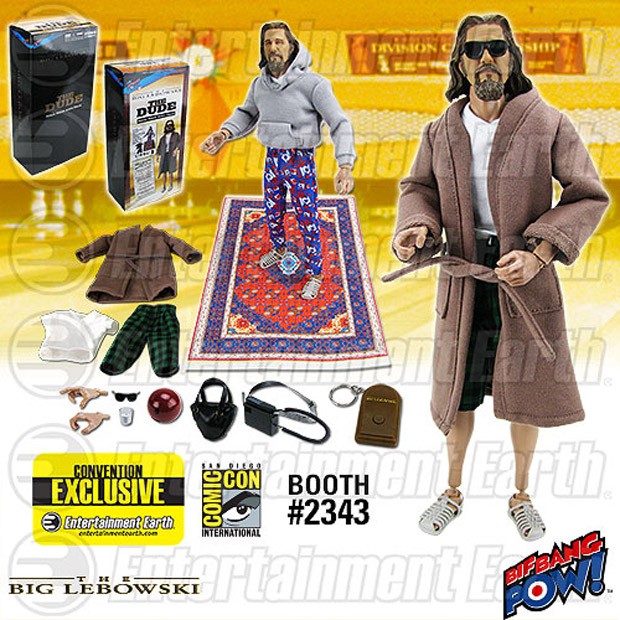 The figure stands 12-inches tall and even comes with a talking keychain. The only part I don’t like are the weird spindly ankles it has. It comes with a bunch of accessories including several hands, a bowling ball, sweats, a robe, a white russian, and of course a rug that ties the room together.