This Alien facehugger fritter looks all kinds of disgusting. It is absolutely terrifying. It probably fights you with every bite and swallow, twitching and finally being still when it hits your stomach. Donut? More like Do-not! 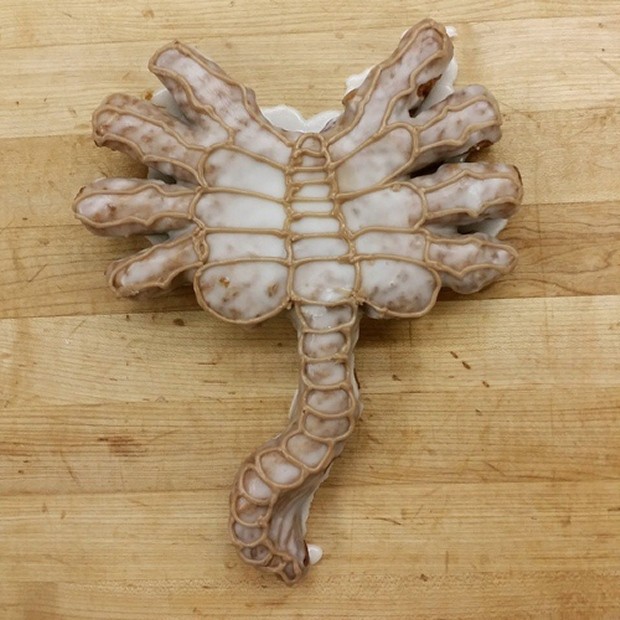 I didn’t say I wouldn’t eat it. Just that it looks scary and slimy. This freaky pastry was made by Oak Lawn, IL-based baker Timmy Hanno, aka archiehemmingway. He is a mad baking genius. He made this scary raspberry fritter as a gift for his girlfriend, who is a huge fan of the Alien films. So she loves her some face-hugging action.

He had previously made her a raspberry-filled xenomorph donut seen below, which is also terrifying. 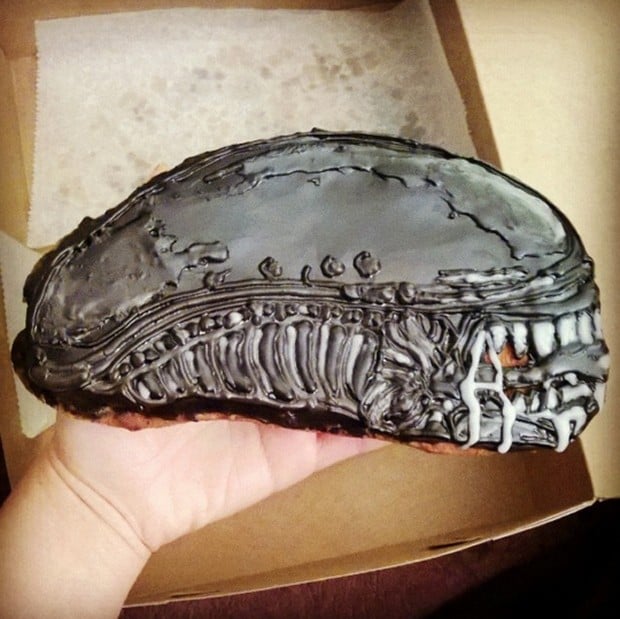