I’ve had a backup camera in all of my cars for the last five years or so, and I think it’s a godsend for backing out of tight spaces, and for parallel parking too. As the technology matures and cameras continue to get smaller and cheaper, car companies are starting to expand their usage beyond simple rear view images. 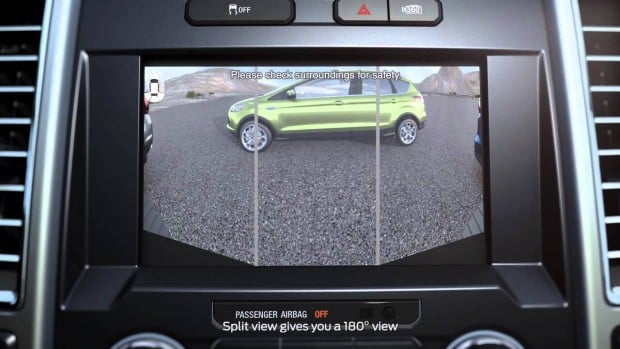 Ford’s latest camera tech lets drivers see a much wider view than ever, even being able to see around corners. Split-View uses a 1-megapixel wide-angle camera located in both the grille and tailgate of trucks equipped with the tech. When traveling at low speeds, video isdisplayed in a three panel arrangement which lets you see a 180-degree view of the area in front or behind the vehicle, which is especially useful when exiting a parking space. The system even has a tiny washer jet which pops out next to the front camera to help keep it clean.

Split-View tech is available on the 2015 Ford Edge the 2016 Explorer in the U.S., and will be coming to the Ford S-MAX and Galaxy in Europe.