Back to the Future Hoverboard Lands on your Desk

My favorite ’80s movie franchise is easily Back to the Future. While the third film set in the old west was a bit crappy, the first two films are some of my all-time favorite movies. I wanted one of those hoverboards so badly growing up I could taste it. 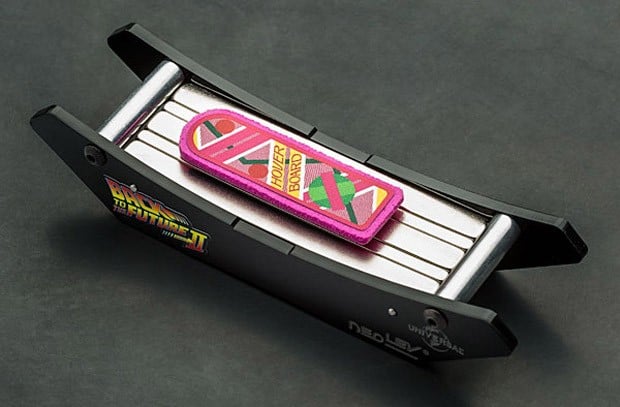 When the rumor that they were “just about” to hit the toy store coming right on the heels of the film, I was ready to buy. I’m still mad that all these decades later I still don’t have a hoverboard, at least not one I can ride.

At least I can get this desktop version of the Back to the Future hoverboard for my desk. It uses a pyrolytic graphite board that hovers on a rare earth magnetic base. The board slides back and forth on the magnetic base and it even has glowing edges for the base. You can get one at ThinkGeek for $39.99(USD). Just don’t put it near your hard drive or credit cards.