Console modder Ryan Fitzpatrick aka Platinum Fungi shares one of his latest creations. It’s a backlit Mega Man NES with a rusted and battle damaged look. 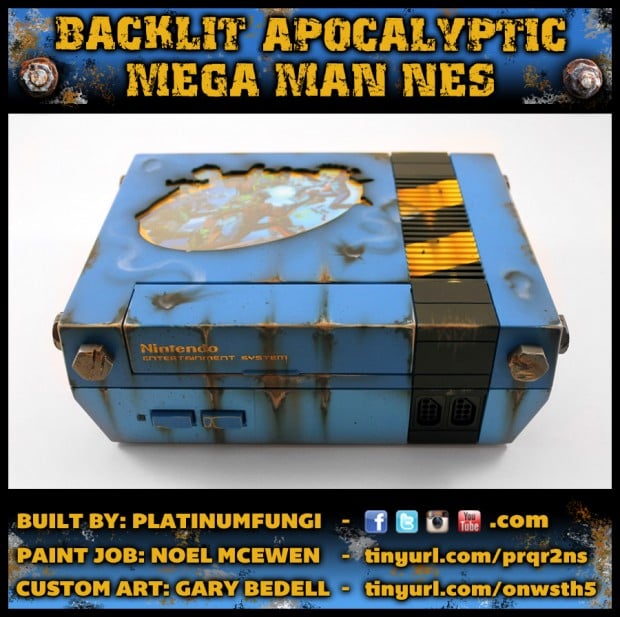 For this project Ryan teamed up with airbrush artist Noel McEwen and illustrator Gary Bedell, who made the kickass battle scene featuring Mega Man and Roll against several Robot Masters. 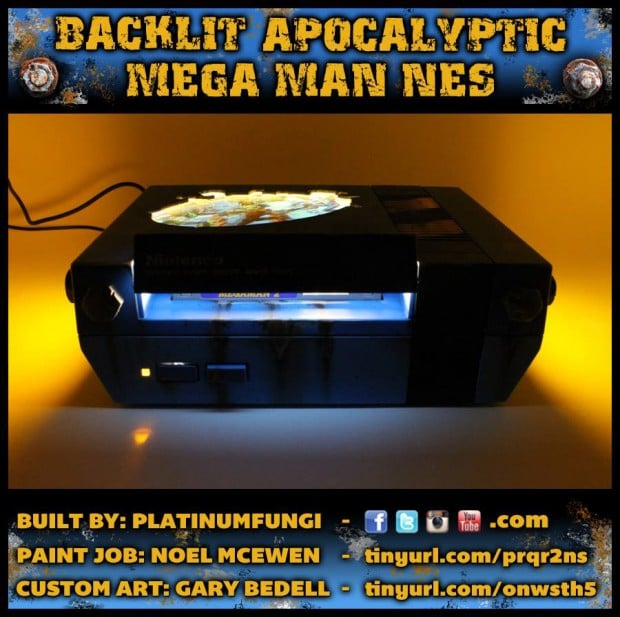 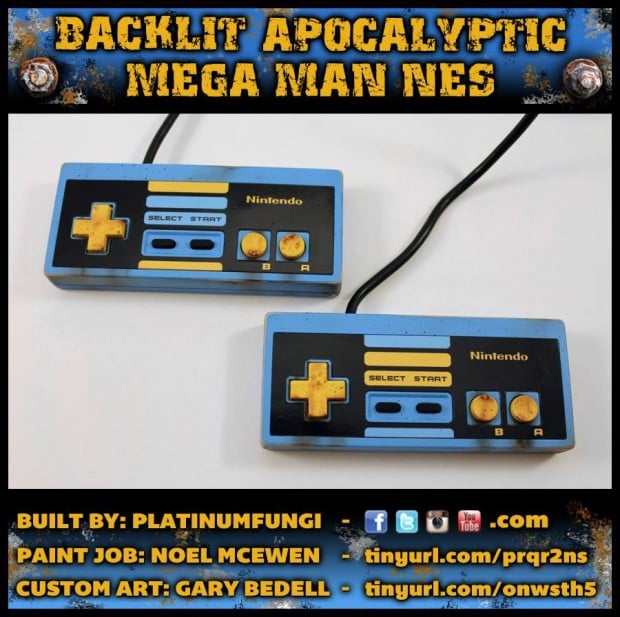 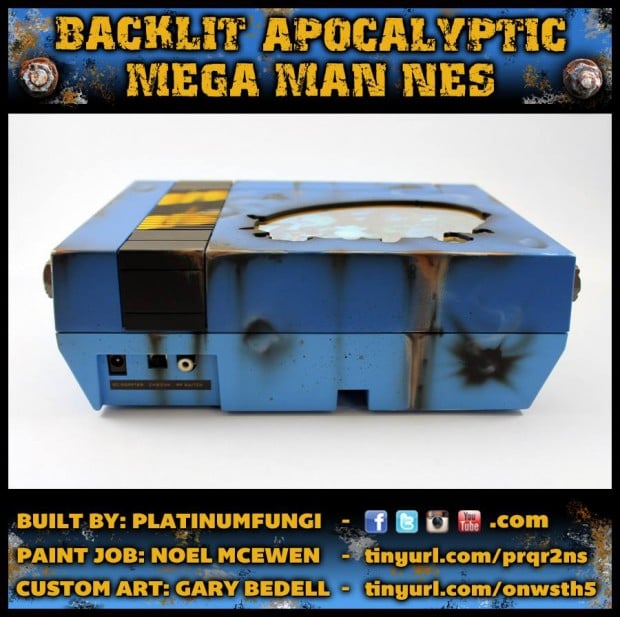 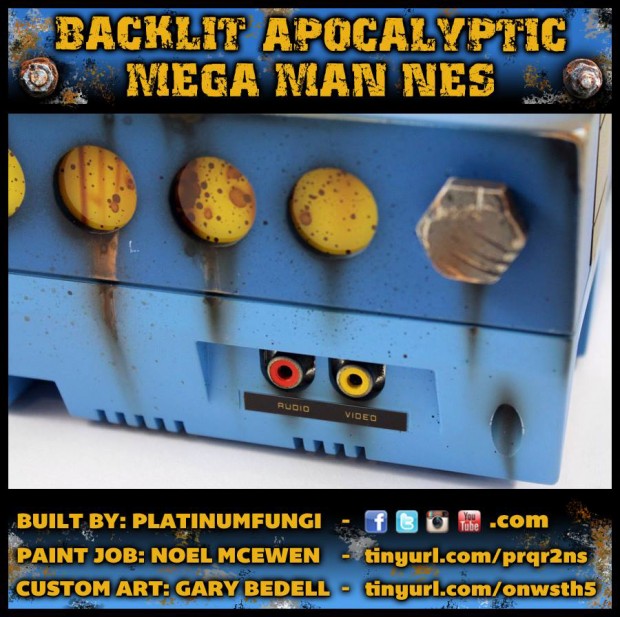 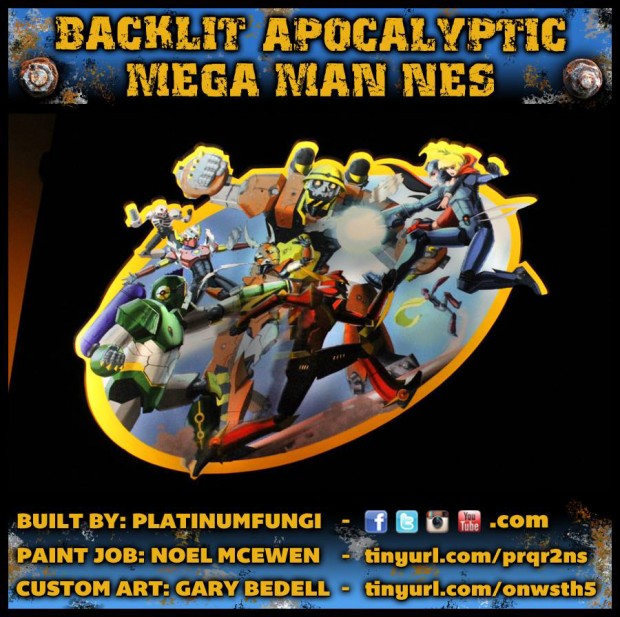 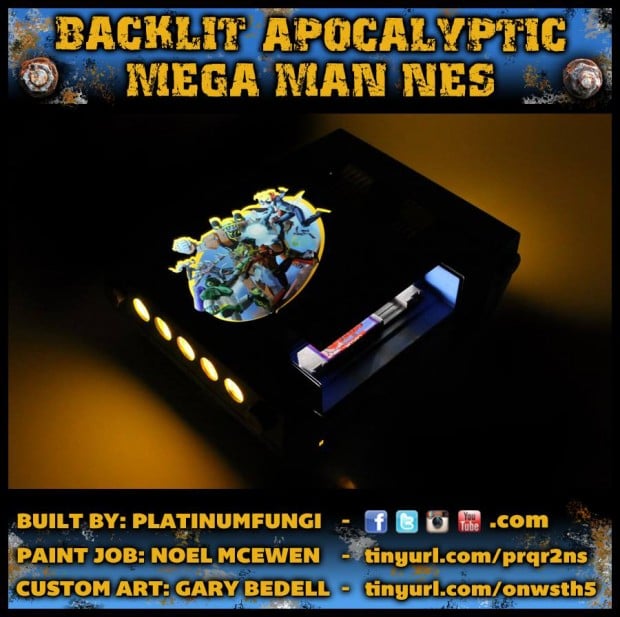 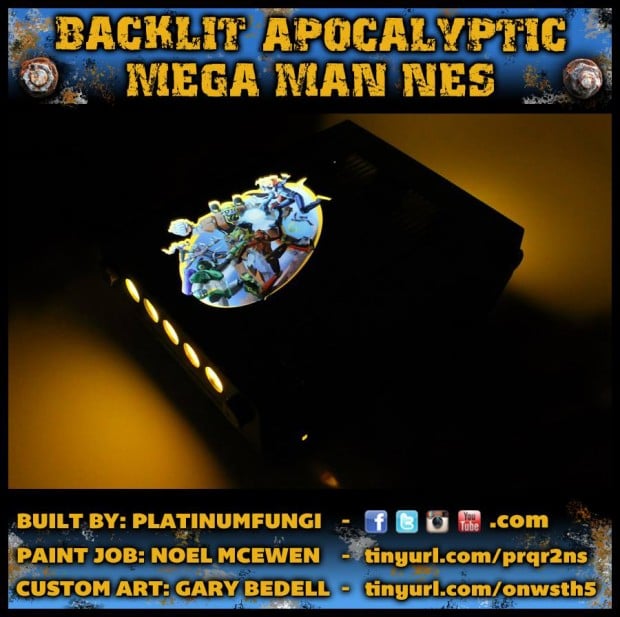 You can see the console in person at iam8bit’s 10th anniversary exhibit. Head to Ryan’s Facebook page for more of his work.