LEGO Going Green, but Keeping All Its Colors

When the largest toy company in the world says it’s making a major effort to make its products more environmentally friendly, the impact could be huge.

The LEGO Group, which made more than 60 billion pieces of its classic bricks in 2014, has set as a goal to eliminate the current plastic it uses for its products (oil-based acrylonitrile butadiene styrene) in favor of a “sustainable material” by 2030. 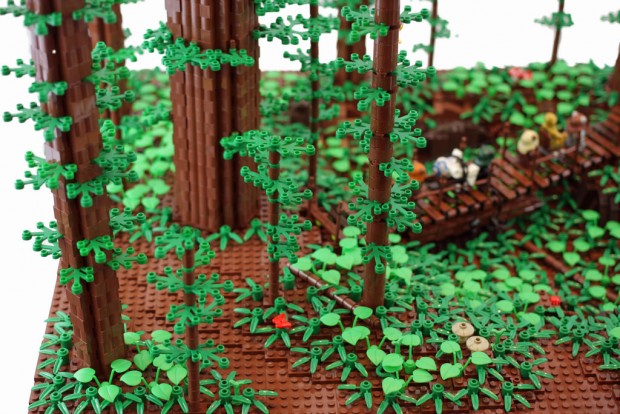 Wait, 2030? That sounds like a long time to make that kind of switch. Why could it take so long? Allan Rasmussen, LEGO’s senior project manager, gave some insight into the lengthy timeframe when speaking at a recent conference: “When I get to a conference like this, I always hear people say: ‘Oh, LEGO. That’s great. I played with LEGO when I was a kid, and now I’ve passed it on to my son and to his son now, and it lasts. It’s perfect.’ And I’m really torn between that. On the one side, I want to say: ‘Thank you. We make a good product.’ On the other side, I want to say: ‘You’ve just shown why my job is so damn difficult.’”

To make this switch, the company is investing $150 million and hiring some 100 people to work in their new LEGO Sustainable Materials Centre in the company’s home country of Denmark. In a release the company said their end goal is to “significantly reduce [their] impact on the planet.” And with the people and money they are pumping into this project, success seems pretty assured.