A horse with no horsepower? Colin Furze wouldn’t stand for that. So when he got his hands on a miniature fiberglass horse, he took it apart and then crammed a pit bike inside. And then he rode it in a knight’s tournament. 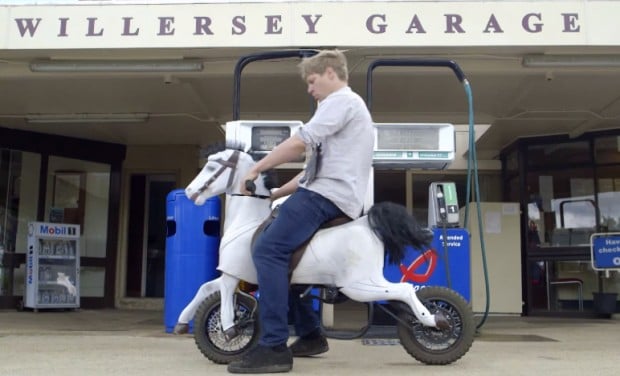 Colin used a 2015 PBS 110 pit bike to power his MotorHorse. The end result is functional, but since Colin set the front fork to a nearly 90º angle to align the front wheel with the horse’s neck, it probably won’t fare well on bumpy roads.

Here’s Colin and his MotorHorse going up against a knight in a boring real horse. Skip to 0:40 if you watched the video above.

Colin Furze is magic. Be sure to check out his website and YouTube channel for more of his crazy creations.