This portable Stormtrooper Bluetooth speaker is a stormtrooper that can shoot straight for once, since it is shooting sound rather than lasers. This speaker comes from Blue Sky Studios and looks just like a classic stormtrooper helmet. 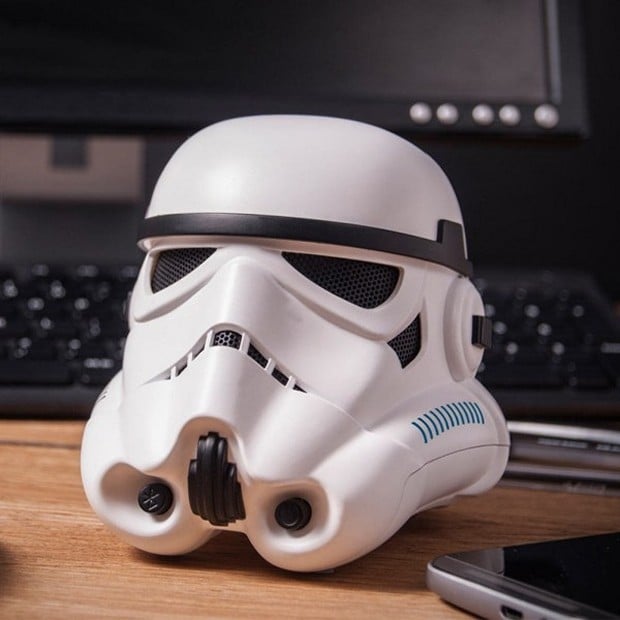 It is nicely detailed, and comes equipped with a built-in rechargeable lithium battery and rubberized feet so it won’t slip. You know how these guys like to slip when in pursuit of rebels and hit their heads.

Bring me the head of TK-421. I want to play my music through his helmet and skull.