Toc is one beautifully crafted record player, even if it does sort of look like an almond merged with a record. It was designed by Roy Harpaz. It spins the vinyl vertically rather than horizontally, but more importantly it looks amazing doing it. 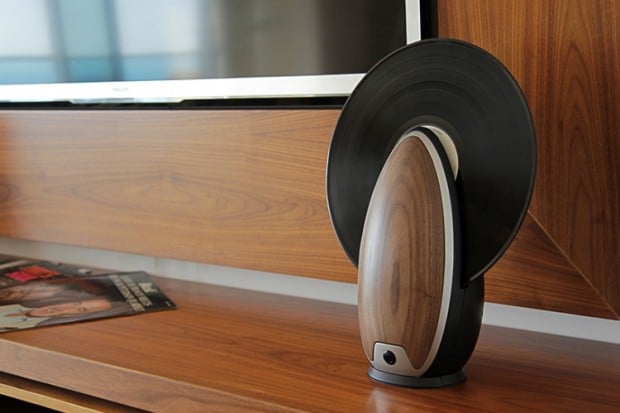 A moving arm inside the shell contains the needle. The device can be controlled with a remote, or with LED touch buttons that are built into the front panel. There are very few record players that look this stylish. However, it gets better than just being a nice accessory to look at. 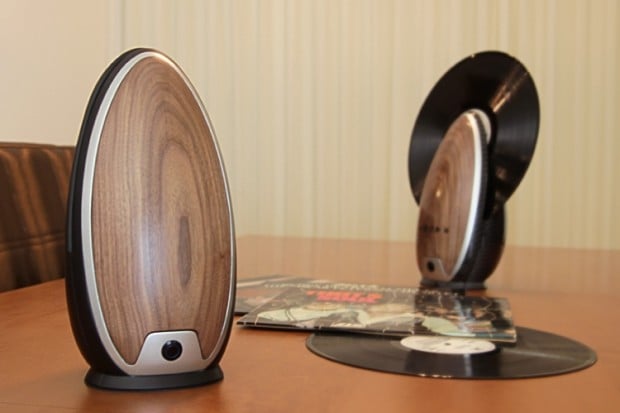 The design even allows warped records to be played. Given the nature of vinyl discs being easily warped, that is a great bonus. You can also skip tracks on the record. 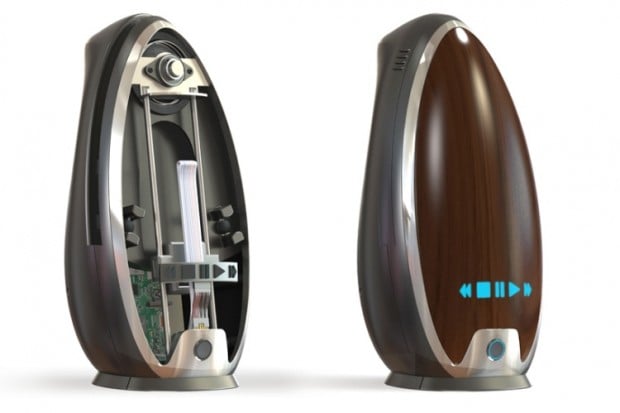 At this point, the Toc is still in the prototype phases, but there’s another vertical turntable currently raising funds on Kickstarter – it’s not as sleek, but it has a built in audio system.

[via Designboom via Laughing Squid]