History of the Sony Walkman (Infographic)

If you can believe it, The Sony Walkman has been around for 36 years now. In fact, the player was born on July 1, 1979. In celebration of the Walkman, Sony put together this handy infographic which shows the evolution of the music player. 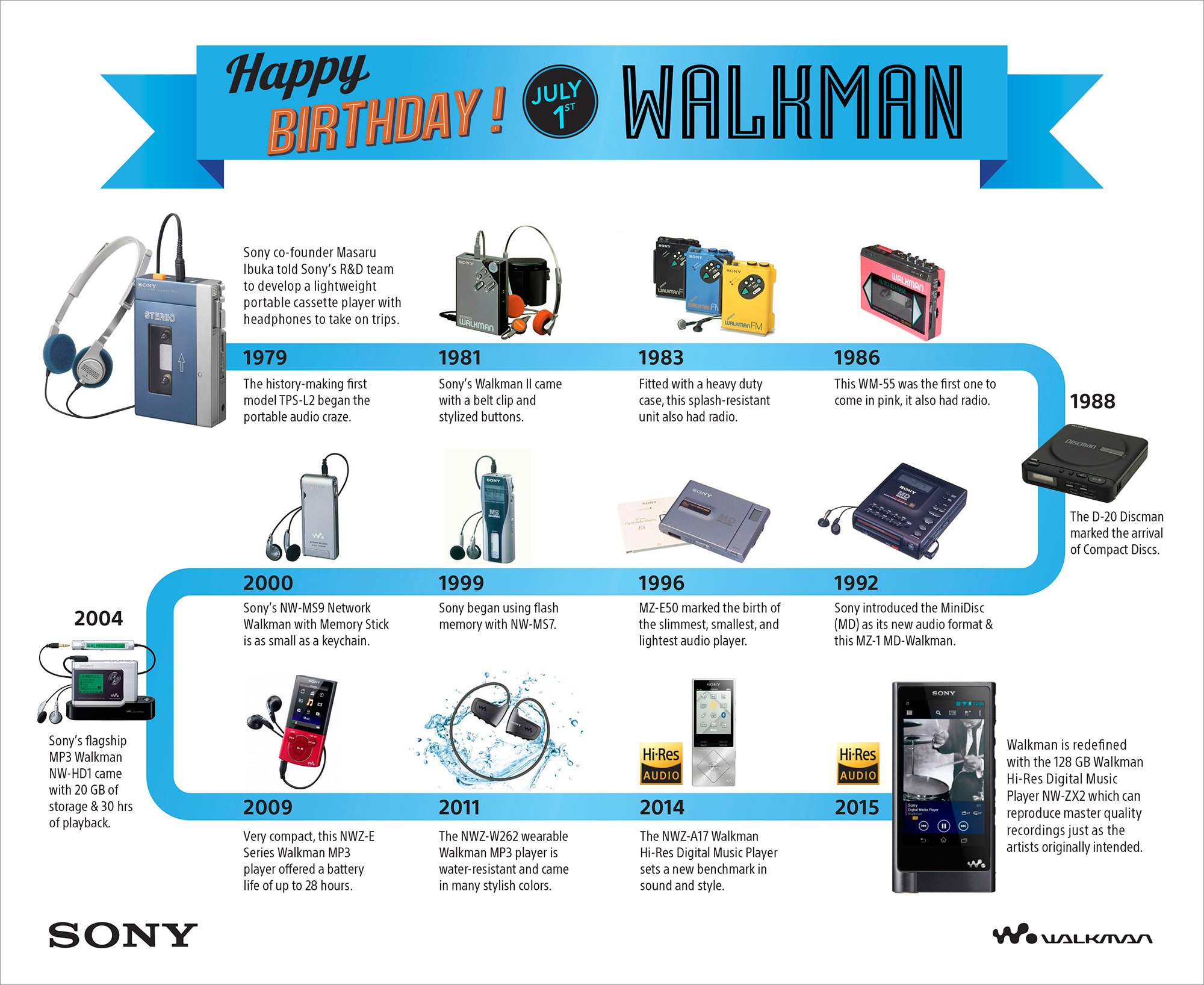 Its original TPS-L2 incarnation is still its most iconic design, and has turned into quite the collectible these days. But over the years, Sony continued to adapt to the ever-changing landscape of music formats, later releasing a CD Walkman (I remember having to save up for a while to buy the D-20 Discman when it came out), and later with digital players, and even models which are built into headphones.

I’m particularly interested in their new hi-res audio players, which are supposed to sound much better than typical MP3 players. And I wish I had saved my original Walkman so I could listen to my old ’80s mixtapes.