Portable Consciousness: The Science of SELF/LESS

I just saw an early screening of the sci-fi thriller SELF/LESS, and really enjoyed it. The film stars Ben Kingsley as a Billionaire real estate magnate diagnosed with a terminal illness, who in his dying days is tipped off to a mysterious corporation who claims they can give him new life. Their radical procedure – something known as “shedding” is basically a mind-transfer technology that promises to move Kingsley’s consciousness, memories and intelligence into the empty brain of a clone, played by Ryan Reynolds. I won’t spoil the plot any further than that, but you can imagine that when you start messing with people’s minds, things don’t always go as planned. 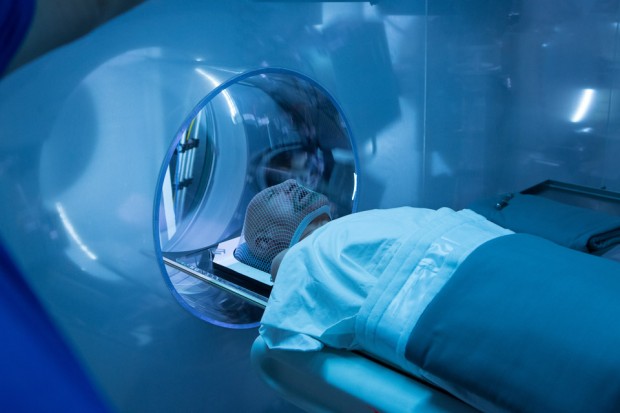 While the movie ultimately is an entertaining popcorn flick with lots of action, chases and a couple of good plot twists, the underlying concept deserves further exploration. Of particular interest to me are the questions of both scientific feasibility and the ethical concerns of preserving or transferring one’s consciousness to extend their life. For all of recorded history, mankind has sought to find ways to extend their lives, resulting in countless medical breakthroughs, and just as many crackpot fountains of youth. In SELF/LESS, the process of moving one’s mind to another body seems as simple as lying down on an MRI table, waiting a couple of minutes for the data to transfer to a younger surrogate, and then disposing of the old body like a worn out shoe. Pretty cold and impersonal stuff. 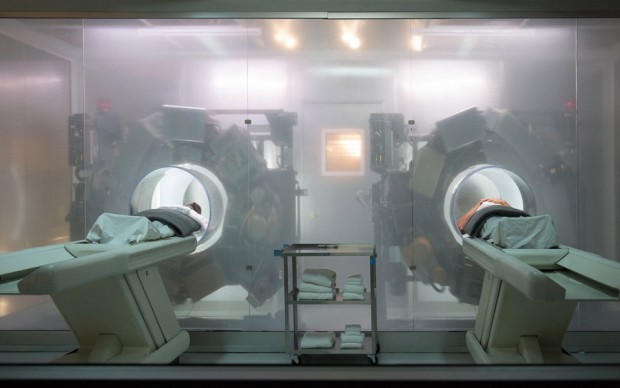 So what are the realities of the mind-transfer process shown in the film? Does the science exist today to record human consciousness or intelligence? And if it does, how could the data be transferred? While much of what appears on screen is pure fantasy, there are elements of the concept which could some day be feasible.

In the interest of digging into the subject further, I spoke with Dr. Wolfgang Fink, Ph.D., founder of the Visual and Autonomous Exploration Systems Research Laboratories at both Cal Tech and the University of Arizona, and an Associate Professor and inaugural Edward & Maria Keonjian Endowed Chair in Microelectronics at the University of Arizona in Tuscon. Fink’s expertise includes includes electrical and computer engineering, biomedical engineering, systems and industrial engineering, and ophthalmology and vision science. He also is a Visiting Associate in Physics at Caltech, with concurrent appointments as Visiting Research Associate Professor of Ophthalmology and Neurological Surgery at the University of Southern California. In other words, this guy is way smarter than I am. 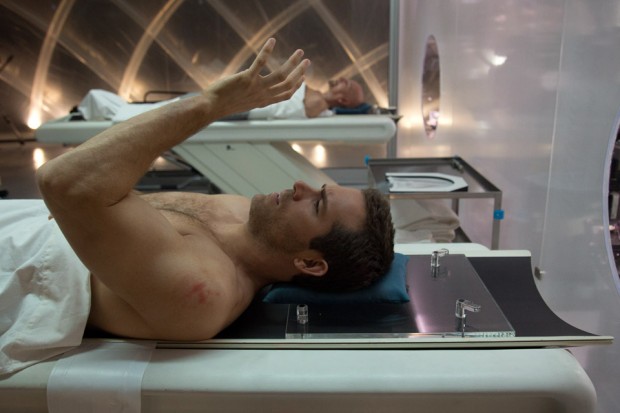 According to Dr. Fink, there are numerous obstacles to copying the contents of a human brain, let alone transferring them to another person. For starters, every human brain is physiologically different. Each brain has approximately 100 billion individual neurons, and each neuron has about 10,000 connections. If those pathways aren’t the same – or at least very similar – it would be unlikely that a successful transfer of data could take place. There is also no currently known method to “program” a human brain – rather there are techniques to stimulate parts of the brain to cause general changes (i.e. controlling depression or other mental health issues).

It’s theoretically possible that an intermediate device could perform a translation of sorts to map the data to a different brain structure. That said, we’re very far away from creating computers that can replicate true brain function. Dr. Fink pointed out that the problem comes down to how we think about artificial intelligence today – using rule-based systems. A real brain physically grows and changes over time, not following a predetermined set of if/then decision trees.  Any sort of system that would act as a vessel for consciousness would need to adapt dynamically, just like a real brain. It’s Fink’s hope that we will some day develop a system which can grow its own neural network, capable of modifying itself based on stimuli and environment. That breakthrough would bring us one step closer to storing the contents of a human brain, and at the same time create the potential for true artificial intelligence.

There is currently an initiative underway called the Human Brain Project – which aims to create a fully-functional hardware and software simulation of a human brain, but it only expects to have a draft model in place by 2023, and there’s no visibility on if or when the full system would be operational. We’re also still years from having computers that are fast enough or have enough capacity to replicate the contents of a human brain. In fact, it recently took over 705,000 CPU cores, 1.4 million GB of RAM, and 40 minutes of compute time to replicate just a single second of human brain activity, and none of these systems appear to solve the aforementioned physiological challenges. 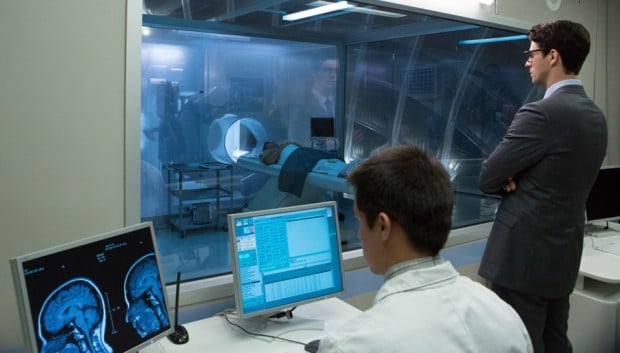 All of the scientific hurdles aside, these challenges seem far more surmountable than the ethical concerns of dramatically prolonging life. Fink left me with just a few such thoughts to noodle on: Would life-extending tech only be available to the wealthy, causing a major economic rift and class wars? How would we handle the increase in population? Would humans become lazy because they no longer need to worry about mortality? Could elderly people be walking around in bodies younger than young people? Would sacrifices to others (i.e. donor bodies) need to be made to extend life? Heavy stuff. Also good topics for more science fiction.

It seems more likely (and less controversial) that such a process wouldn’t replicate an entire brain, but potentially a portion of it. So for instance, imagine a world in which someone who’s really creative lacks math skills, and they could augment their brain with the skills of a math scholar, and vice versa.

At the end of the day, we’re still a long way away being able to store or transfer the full contents of a human brain, and even if we could, there are major questions about where you would transfer the data to. Would we shed our human bodies and replace them with cyborg avatars? Would we clone empty biological shells as proposed in the film, or would we somehow use cadavers who died of brain injuries? Any and all of these options seem like a pretty surreal and off-putting reality to me, and I think I’d rather just find ways to preserve and enjoy the body and mind I was born with.

SELF/LESS was directed by Tarsem Singh (The Cell, The Fall, Mirror Mirror) and opens in U.S. theaters on July 10, 2015. You can check out the trailer here.