In 2012, we found out about CleanSpace One, the Swiss Federal Institute of Technology in Lausanne’s (EPFL) mission to retrieve its small satellite SwissCube in order to reduce space debris. The university recently released an update on their plans, including their projected launch date of 2018. 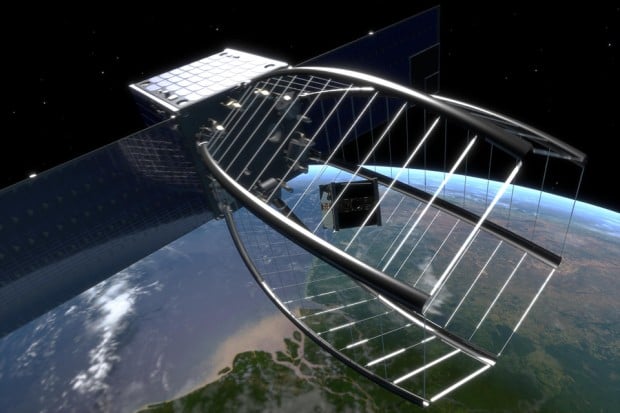 Originally, the plan was to equip the CleanSpace One satellite with a grappling arm to retrieve SwissCube. But EPFL has since ditched that and went with a conical net for their prototypes. The net would require less accuracy than the arm, which is particularly crucial in this mission because the SwissCube is only 3.9″ on each side. The final phase though is still the same. When they’re together, both satellites will dive into the Earth’s atmosphere and burn up.

This reminds of Makoto Yukimura’s Planetes. Head to EPFL’s website for more on CleanSpace One.