Imagine cruising down the street on the bones of an ancient giant, like a victorious conqueror. Well, if you are in Portland, Oregon you can buy this awesome T.Rex tricycle and ride it all over the city. First you have to buy it for $2000(USD). 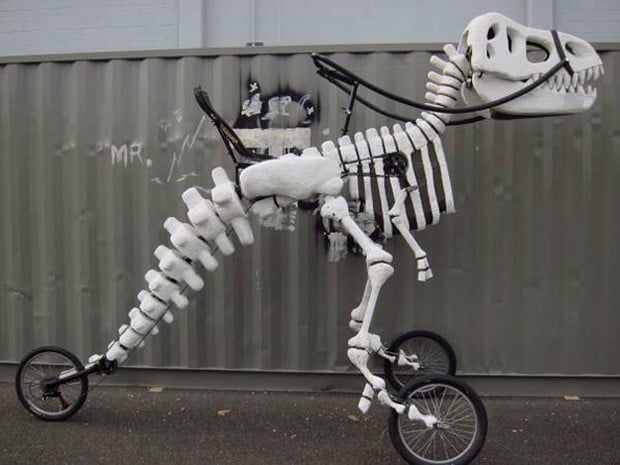 This custom trike is for sale on Craiglist. The bike is named “Sue” and is about 12 feet-long and eight and a half feet-tall. Sue’s designer says that she has a comfy cruising speed of about 7 mph, and you can operate her jaws and arms using specially designed controls. She’s made from a chromoly steel frame, wrapped in foam for her skeleton, and can hold up to 200lbs. 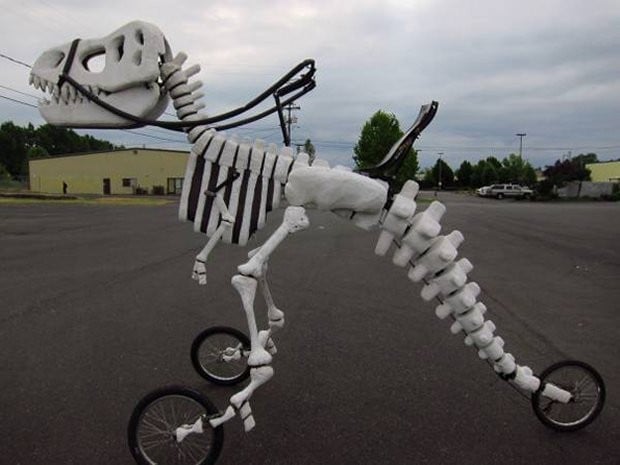 Now all it needs is a button for a mighty roar! You add that and I’m sold. 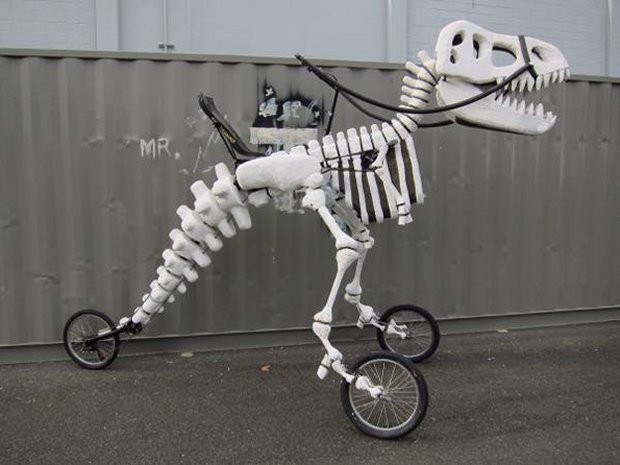 [via Mental Floss via Incredible Things]