I love the Back to the Future franchise, but I will say that my least favorite of the films was the third installment. I didn’t particularly like how the old west fit in with the franchise. I did like the dusty DeLorean time machine though; it looked really cool with its mix of futuristic parts and old school tubes and transformers on the hood. 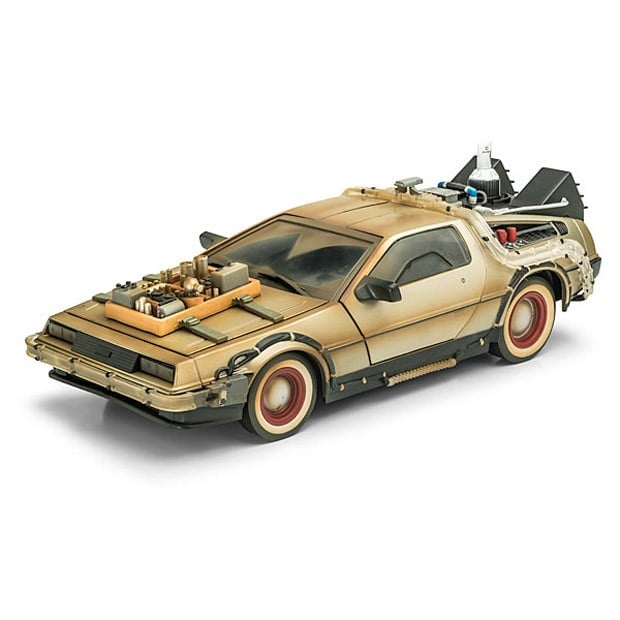 This collectible version of the DeLorean DMC-12 from the film has lots of cool sound effects including doors opening, engine starting, and the sound from when the time circuit was engaged. In all, there are about ten different sound effects. 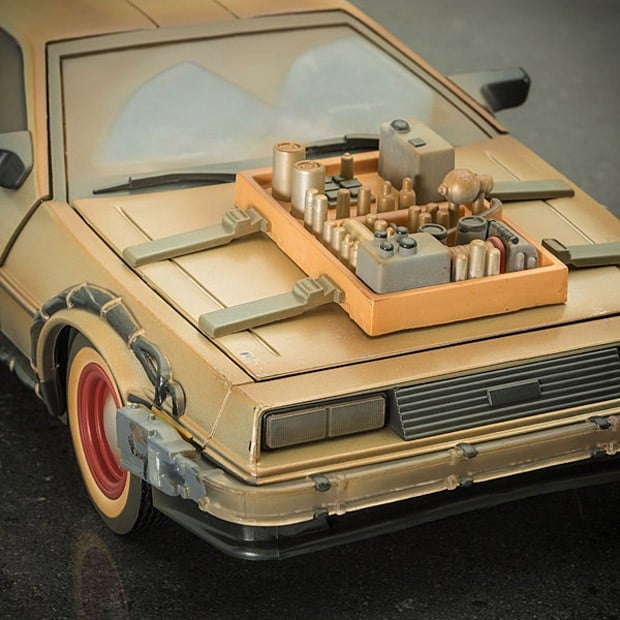 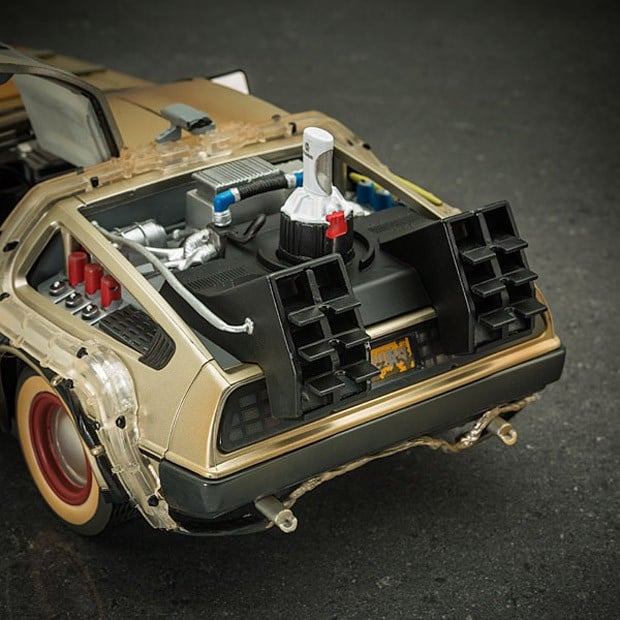 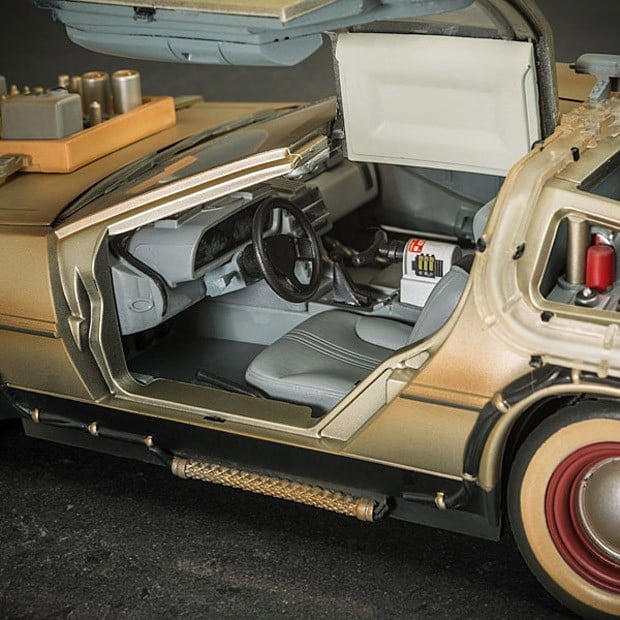 The car also has light effects to go along with the sounds. The Back to the Future III DeLorean is available at ThinkGeek for $59.99.