…or rather, a decent DIY low budget Terminator arm. I can tape five toothpicks to a broom and call it the T-800’s limb, but that’s not going to get me any YouTube money. Luckily the host of Awe Me’s new show Low Budget Prop Shop is the very capable Dustin McLean. 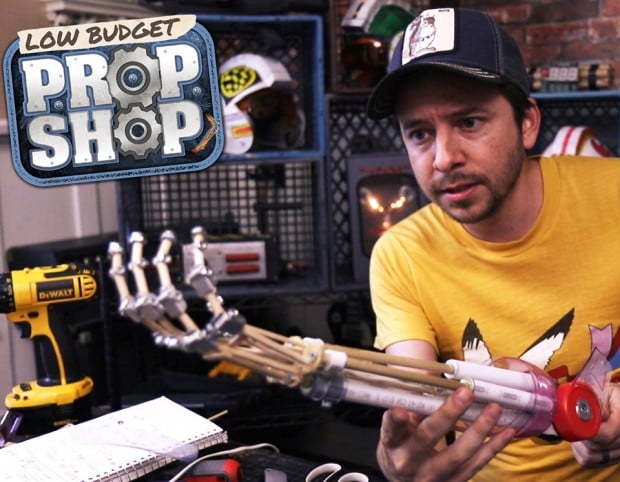 By using materials such as wooden dowels, PEX tubing and hot glue, Dustin says he spent only about $15 (USD) on the arm. By the way, the shot above doesn’t show the arm’s final look. Dustin also spray painted it and gave it an optional stand.

See this Skynet? This is the best way to build cyborgs. If you make them exactly like that we won’t be able to defeat you.