These days, everybody stores their videos “in the cloud.” Now some clever folks in the UK are actually projecting video on real clouds. 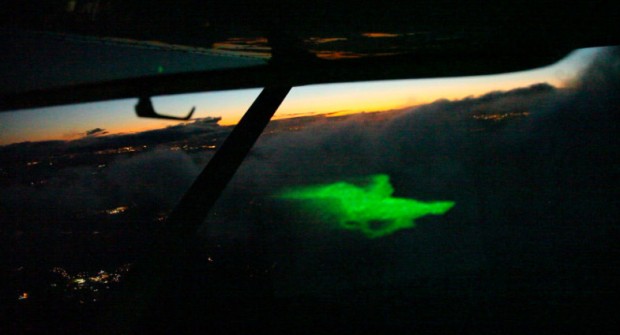 Recently, on the clouds floating over Nottingham, England, residents saw the spooky green image of a man riding a horse in the night sky. The images were projected onto the clouds from a Cesna 172 which was carrying a laser-enhanced version of a very early cinema camera called a zoopraxiscope, which was a simple rotating disc through which light was flashed to simulate movement. (It was developed by photographer/cinema pioneer Eadweard Muybridge, whose subject was often racehorses, hence the choice of what to project.) 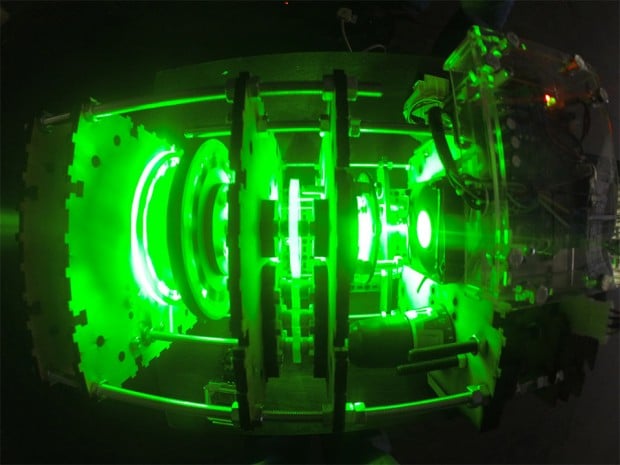 Appropriately dubbed Project Nimbus, it was started by artist Dave Lynch in 2007, who got the inspiration when he read an academic paper during his graduate studies that detailed efforts by the U.S government to develop ways to project images onto clouds that would frighten their enemies. 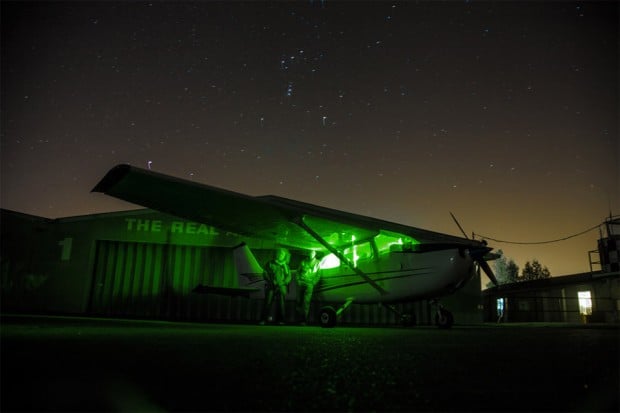 Lynch, however, wants to achieve delight, not fright. According to Lynch, “We specifically stayed away from commercial requests to keep the clouds a sacred space, away from logos and social media stunts, which many are pursuing. We all have a relationship to the clouds, the sense of looking up and dreaming, we hope Project Nimbus inspires people to believe in big ideas and consider that through collaboration we can all push the boundaries of what we know.”

The video of Lynch’s projection onto the clouds shows a lot of potential (and might actually be pretty scary for a kid to see from his bedroom window), but I will say that his desire to keep his technology away from corporate concerns seems pretty naive. As this technology gets sharper and more precise, I can guarantee you that you will begin to see giant corporate logos dancing all over the clouds.

[via New Scientist via Gizmodo UK]