ePawn Arena: The Smartphone of Board Games?

We first heard of ePawn and Arena, its hybrid board game system, back in 2012. Since then Arena has undergone many changes, not least by transforming from a monitor into a portable roll up game board. ePawn is now raising funds for Arena on Kickstarter. 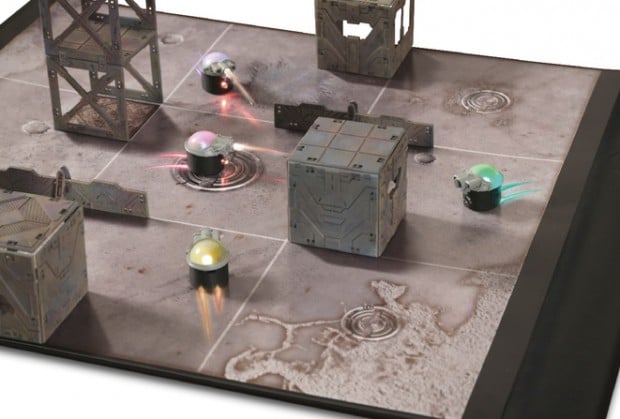 Arena’s 24″x 24″ playing surface can detect and track up to 32 objects via NFC. That’s where its mobile bases come in. These wheeled platforms take the place of board game pieces. The idea is you’ll stick different decorative attachments on them depending on the game you’re playing. They can become chess pieces, wargame miniatures, vehicles and more. 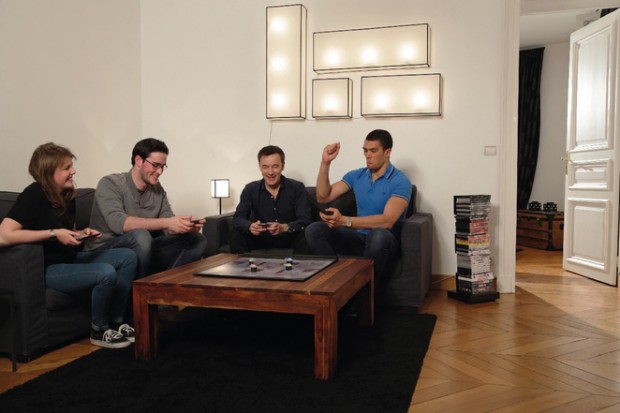 ePawn Arena games will usually have a digital component such as an app, which will act as a remote control for the mobile bases and take care of the game’s other aspects, such as stats and other resources. Finally, games will also come with a mat that you simply place over the game board to change its appearance. 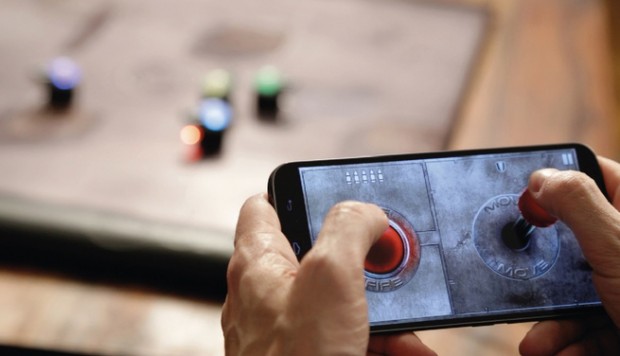 What ePawn is trying to do here is create a base platform that will support many board games, similar to how today’s smartphones are home to millions of apps (including digital board games). That brings with it unique advantages like enabling board games to support online multiplayer. Plus it’s cool to see the game pieces move on their own.

I think ePawn placed itself on an awkward middle ground here. On one hand, it can’t completely replace board games. Even with the apps and the clever mobile bases, Arena is still not flexible enough to accommodate or trump the variety of traditional board games, from different board sizes and shapes, mechanics that don’t use game pieces on the board or even just the sheer number of game pieces in some games. On the other hand, I think it didn’t get the best aspects of digital games. The early incarnations of Microsoft Surface were jaw-dropping because the “board” was a touchscreen display, i.e. it was interactive, animated and very dynamic. The mobile bases are cool and all, but I think Arena’s only compelling feature is online multiplayer.

That said, just as mobile devices live and die by their app ecosystem, the Arena could make a niche for itself if it gets enough great games that are tailor-made for its hybrid setup. Pledge at least ~$176 (USD) on Kickstarter to receive an ePawn Arena set as a reward.