Niconico member tono2 made replicas of the Inkzooka, Splat Charger and Splat Bomb from Splatoon. But since his Splat Charger is a prettied up water gun and his Splat Bomb is just a prop, the highlight of his tono2’s showcase is his hilariously powerful Inkzooka. 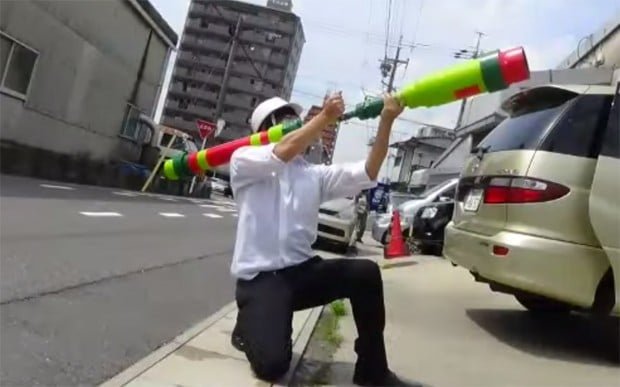 The replica has an impressive range of about 82 feet, launching water with such force that it knocks the wielder onto his butt. The downside is that it’s nearly 6 feet-long and weighs 33 pounds.

So, what’s taking you so long, Nintendo and Hasbro?