The film that most reminds me of the ’80s is one that I don’t get much call to talk about. We see plenty of Back to the Future or Star Wars stuff around here, but out of all those ’80s flicks the one that reminds me most of childhood is Ghostbusters. 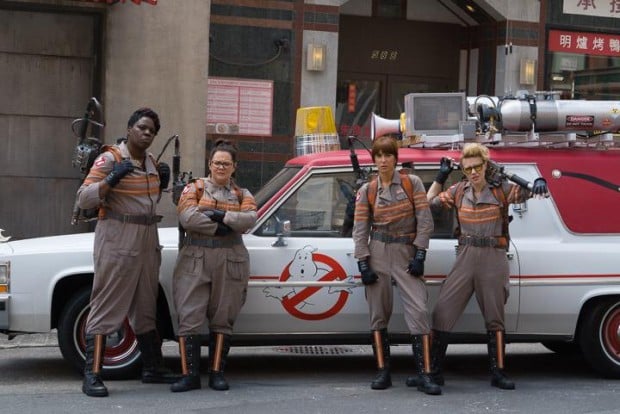 I am a huge Bill Murray fan and part of the appeal of Ghostbusters for me growing up was the cartoon that came on TV each Saturday. I’m not sure how I feel about the reboot going so far off the tracks from the original with a completely new cast.

No matter how you feel about the reboot, the first cast pic from the set showing the ghost busting ladies in front of the Ecto-1 is cool. Do you think this new flick has any chance at being as cool as the original?