Hey guys how’s it going 3D printed Kripparrian here. Ricardo Salomao and Simone Fontana, known together as 3DNA, made this cool figurine for video game streamer, tutor and commentator Kripparrian, who of course is currently focused on Hearthstone. 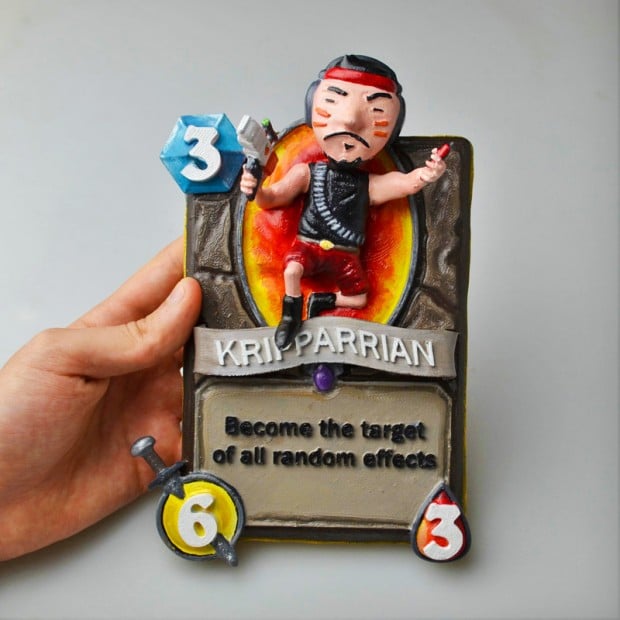 Simone designed the card part of the figurine while Ricardo designed Kripp himself based on his logo. I think Ricardo was the one who hand-painted the printed parts as well. The blood drop behind Kripp’s health is too small, but aside from that I think it’s perfect.

In case you’re not familiar with Kripparrian, the text on this figurine is a dig at Kripp’s tendency to be salty and repeatedly point out to his viewers the instances when he gets unlucky or when his opponent gets lucky, even though it happens all the time in card games. I’m not sure if Kripp himself came up with that card text, but as Redditor StealthySomeone pointed out this card’s ability should be, “Become the target of all negative effects.” 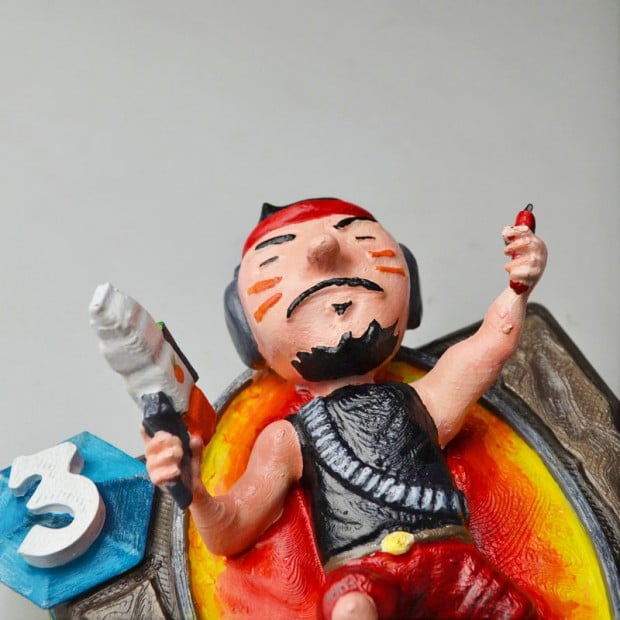 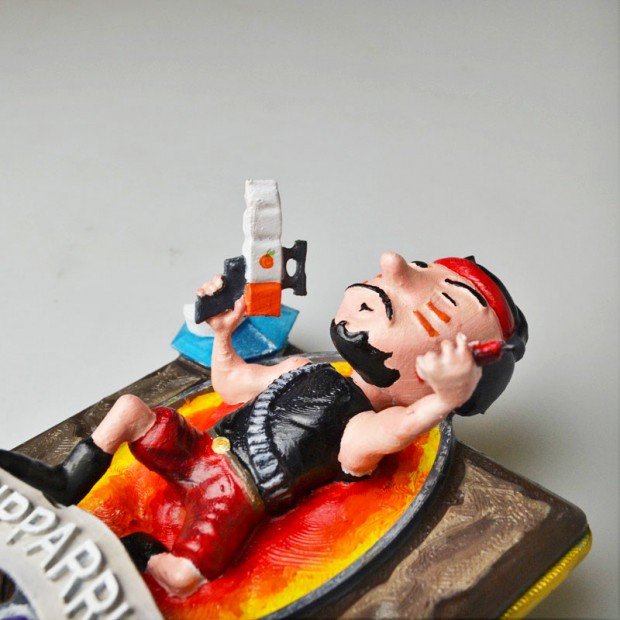 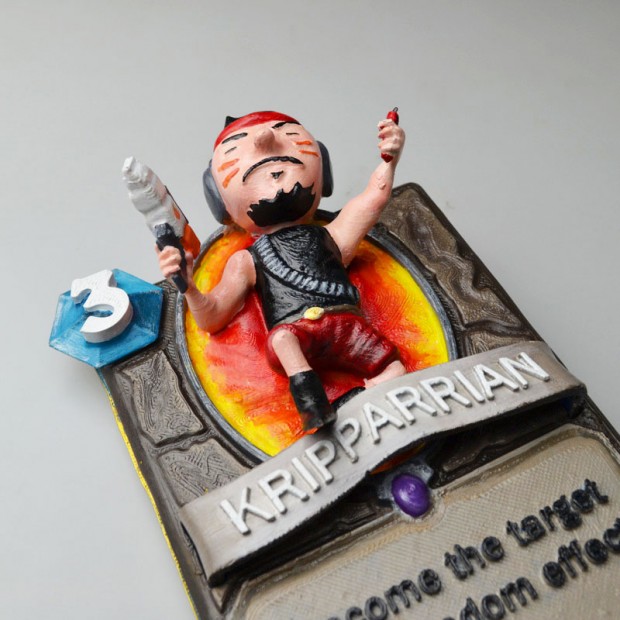 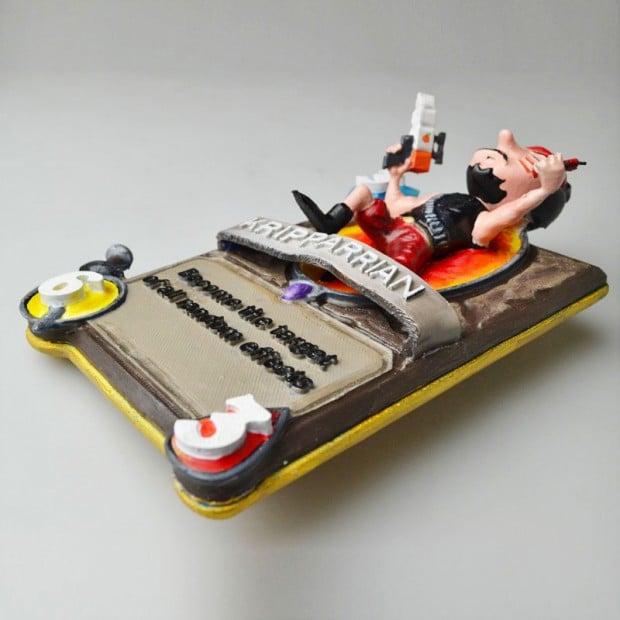 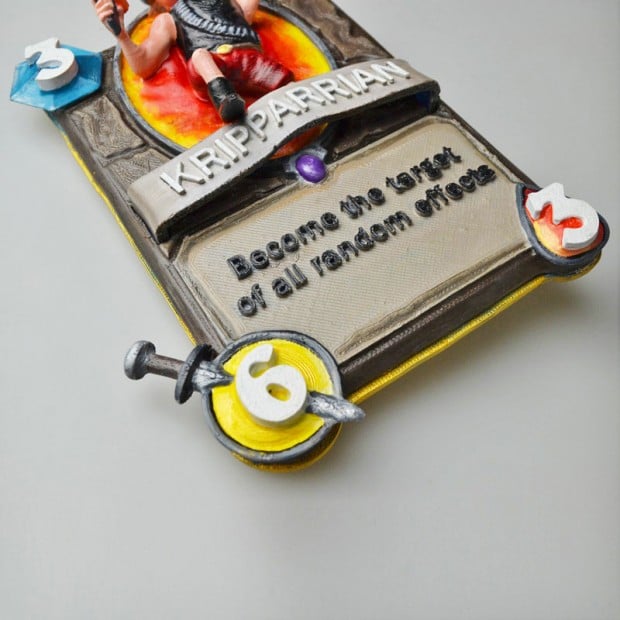 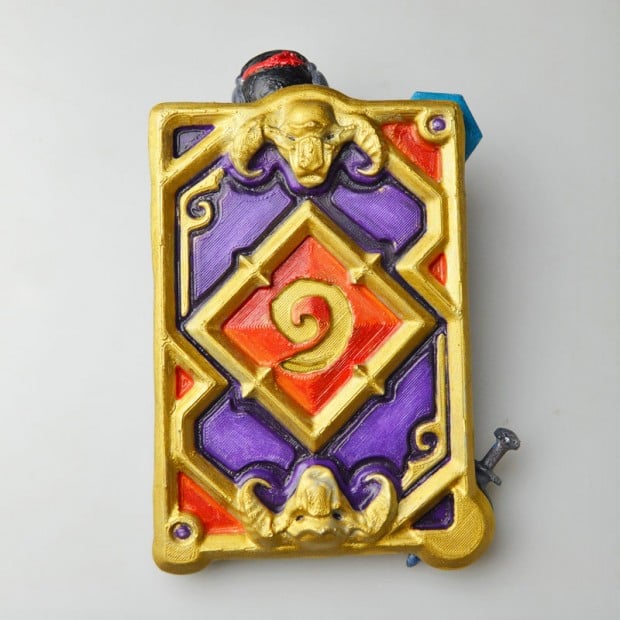 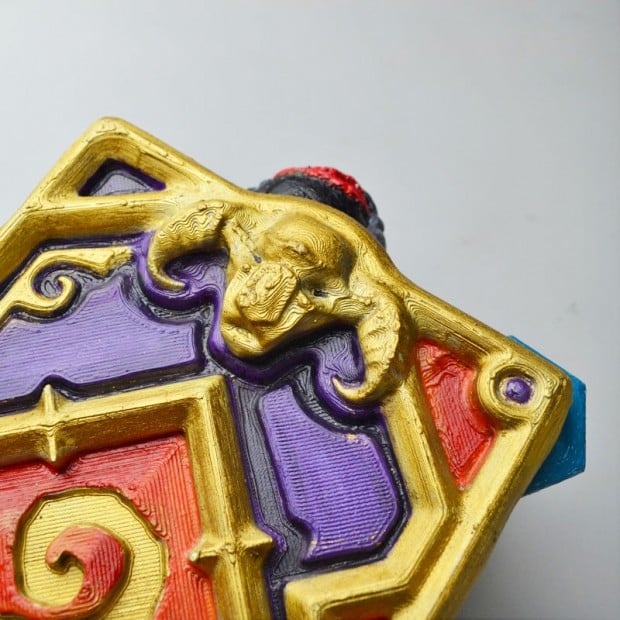 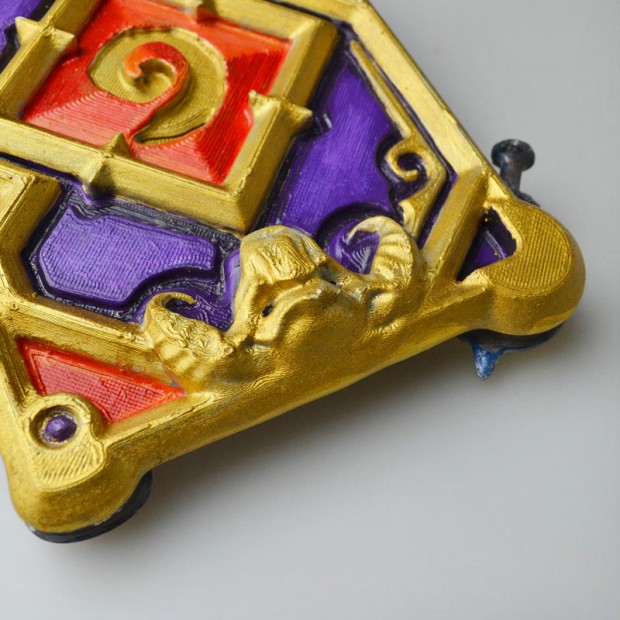 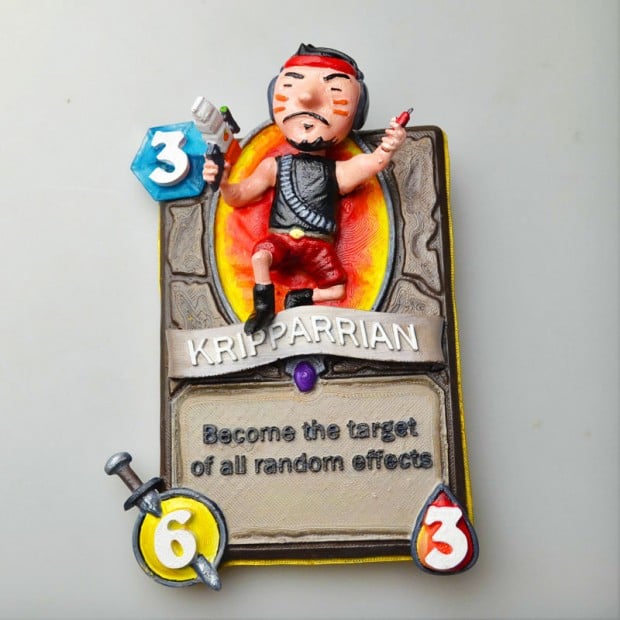 3DNA are still figuring out if they can mass produce the figurine, but you can get its 3D model for free on their My Mini Factory page. As they said in the video, contact Ricardo and Simone if you want to skip the Kripp and have them make a Hearthstone card based on yourself. So, I hope you enjoyed their artwork, and I’ll see you guys tomorrow.