We’ve seen how superhero-themed children’s prosthetics can benefit their wearers beyond just giving them a functioning limb. Industrial Design student Carlos Arturo Torres also recognized that artificial limbs can turn a disability into an opportunity for children to play, learn and gain confidence, so he partnered with CIREC and LEGO to create Iko. 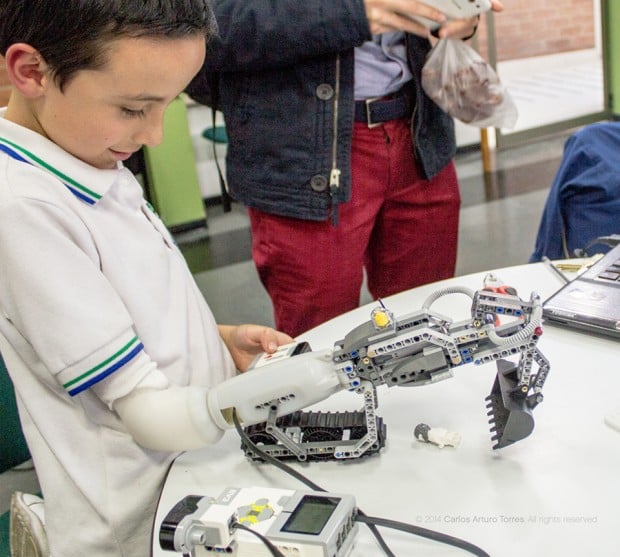 Iko is a modular prosthetic arm that’s made partly with LEGO and LEGO Mindstorms parts, allowing the wearer to have fun modifying his or her limb. As you can see the kid above has become part Devastator thanks to a backhoe arm. Mindstorms controllers are used to manipulate Iko’s attachments, but it also has a basic four-fingered hand that the wearer controls by moving the muscles in their upper arm.

Carlos hopes he can turn Iko into a commercially available product. If he succeeds, he wants to partner not just with LEGO but with other kid-friendly entertainment companies as well such as Marvel and Nintendo. Check out Core77’s Design Awards for more on Iko.