Baseball players have pitching machines for batting practice, but what about pitchers? Thirteen-year old Nick Anglin’s Strikey Sensor could be a solution. It uses an array of lasers to detect whether a pitch is within the strike zone. 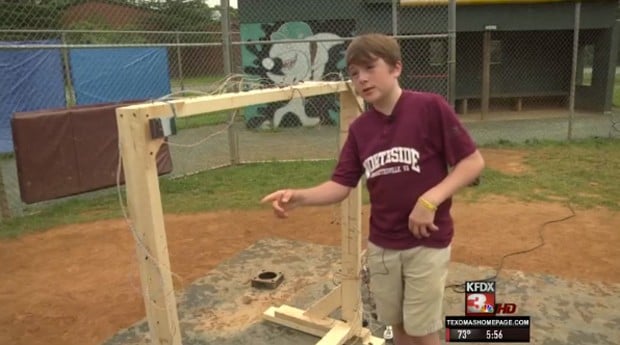 The laser array creates a 28″ strike zone. A strike is detected when the ball cuts the path of both a horizontal and a vertical laser. It has two lights that indicate if the pitch was a strike or a ball.

I barely know anything about baseball, but I do know that the MLB already has an automated system for tracking pitches called PitchTrax. But if Nick just wants to create a machine for practice, then he could have a home run in his hands.

[via Texoma’s Fox via Damn Geeky]