DeviantArt member Ellen Grace aka nomoretribbles used to cosplay as a hobby, making and wearing costumes based on anime such as Code Geass and Mobile Suit Gundam Seed. She stopped in 2008, but she was inspired to make one more costume by the divisive media organization WikiLeaks. 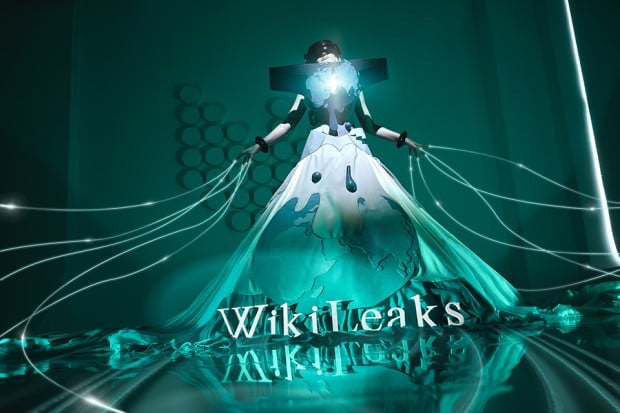 Ellen’s costume is an updated take on the Roman goddess of justice, incorporating both WikiLeaks’ logo and the organization’s methods of information distribution and acquisition. 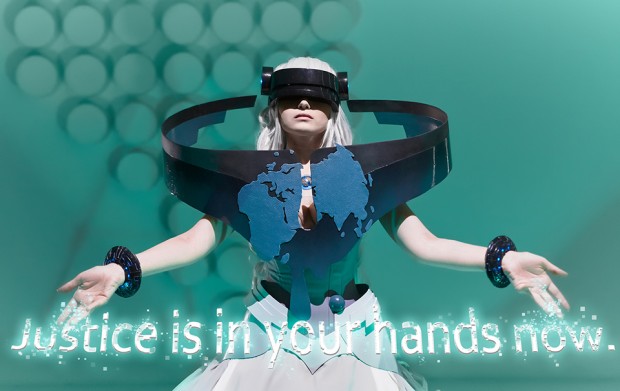 I got in touch with Ellen through a DeviantArt representative. She said she came up with the idea in May 2014 and spent about 3 months just looking for materials. She completed the costume this April. 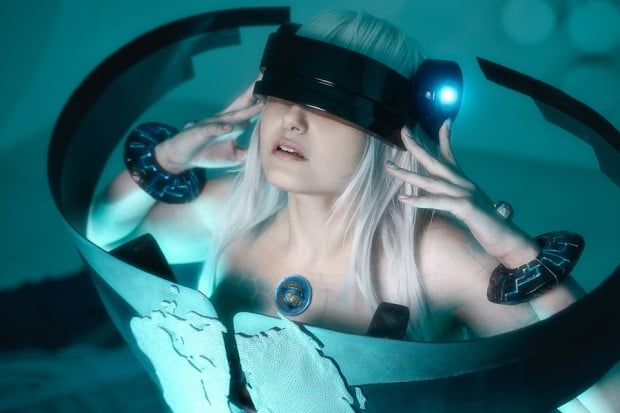 The costume has almost 1,148ft. of fabric, “including costume silk, сhiffon and organza.” Ellen also used fiberglass, plastic, a variety of paints and leather. She said, “it was very difficult to find leather of the colors I needed”, but as you can see she eventually pulled it off. The completed costume weighs about 88lb., so she needs the help of four people just to take a single step when she’s wearing it. 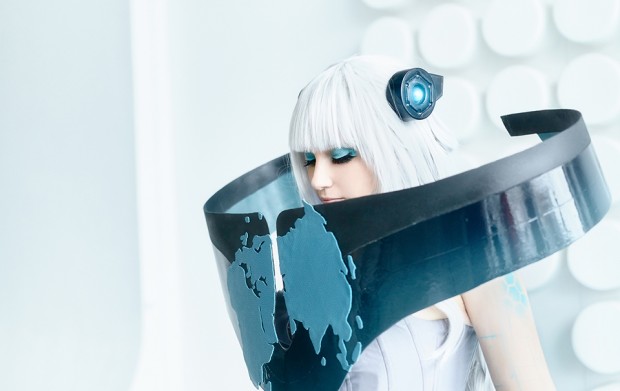 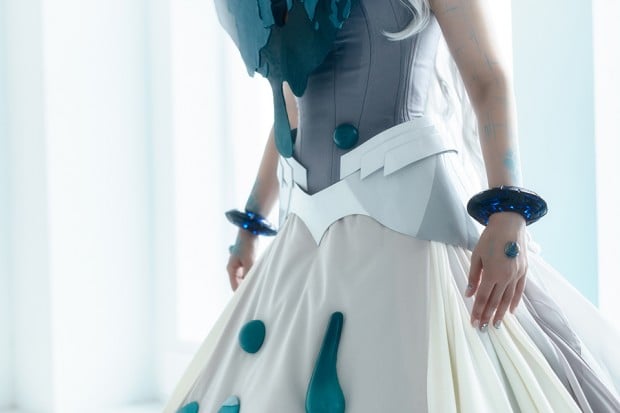 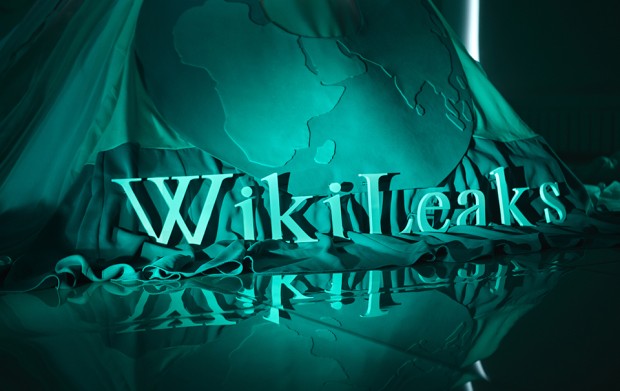 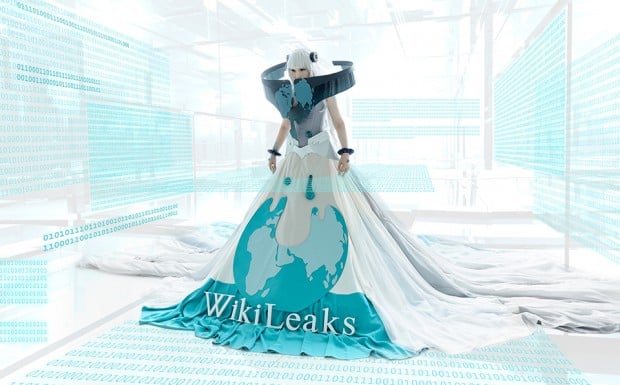 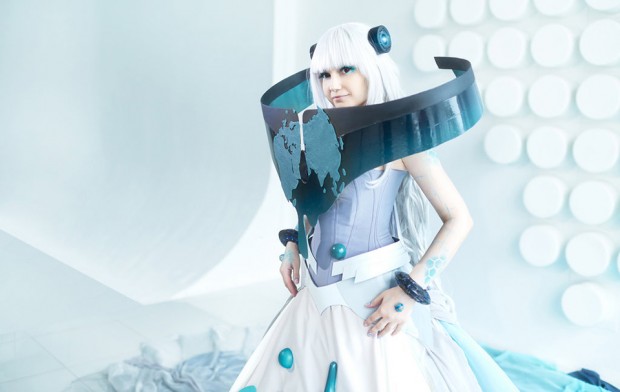 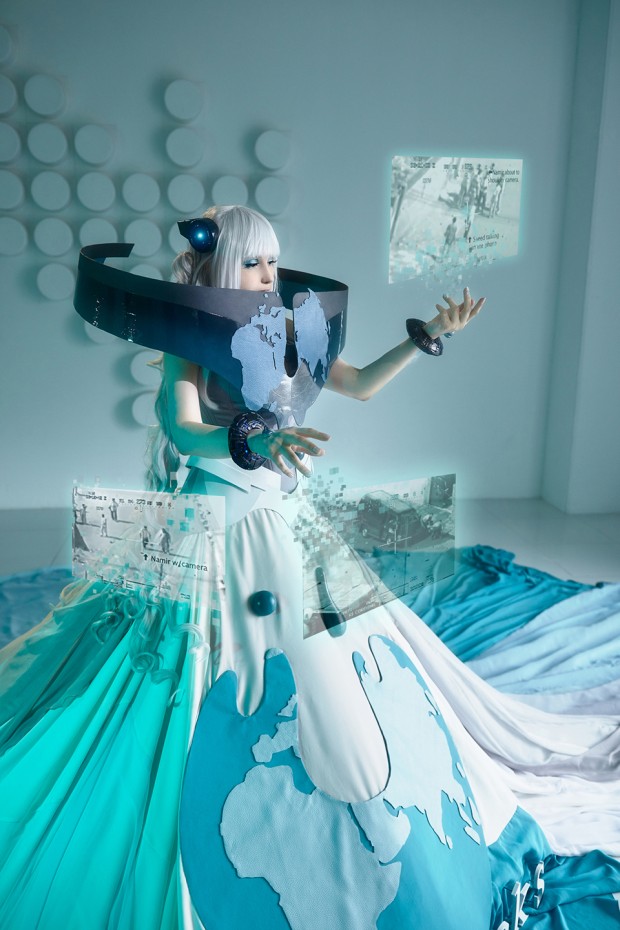 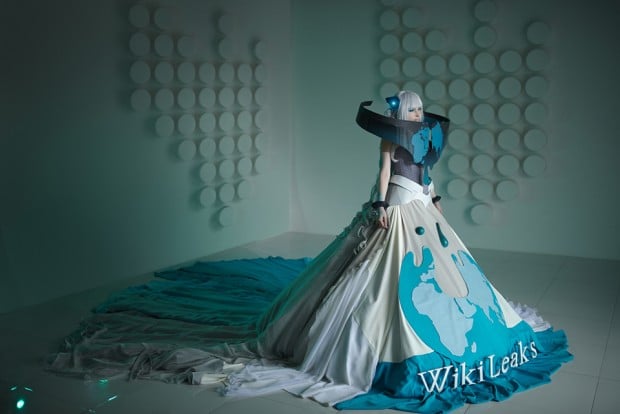 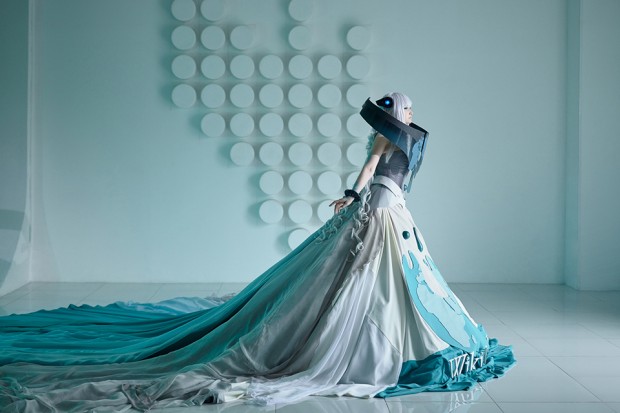 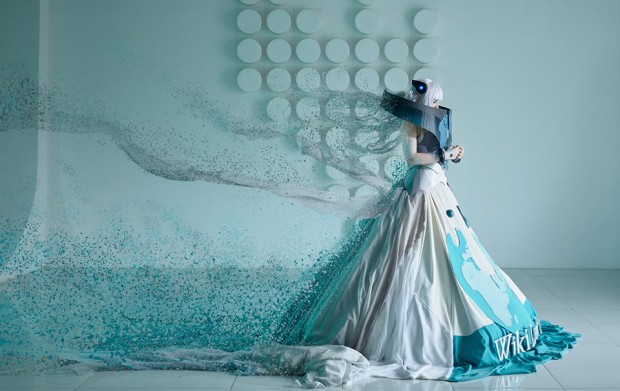 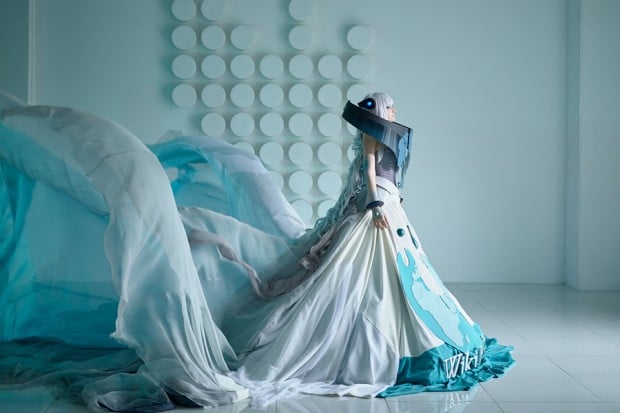 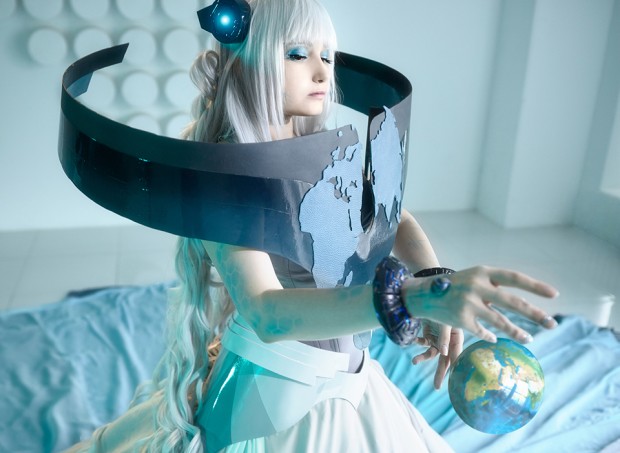 Ellen said her cosplay is “some kind of monument for WikiLeaks.” She’s not planning on making any more costumes based on other organizations. Check out her DeviantArt page for more shots of this one-of-a-kind work.