Hearthstone would never work as a paper card game. But it looks really cute as LEGO, as shown by MOCer LEGOParadise and his scale model of the game’s Pandaria battlefield. 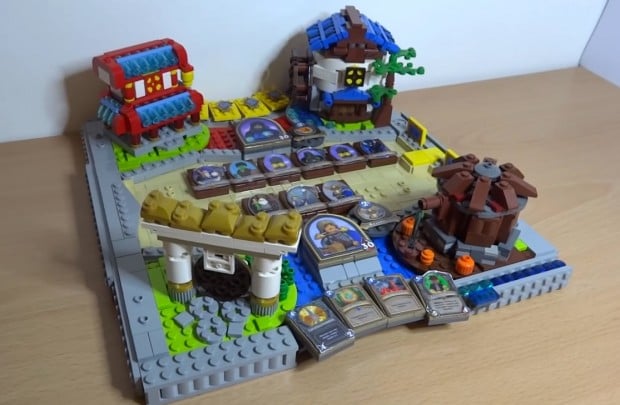 It’s not the most polished or complex LEGO build, but it’s packed with fun details. I think the best part about this build isn’t the board itself but the character portraits on the cards. They’re pictures of minifigs and other LEGO pieces made to look like the official card artwork. Now that’s dedication.

LEGOParadise is currently posting more Hearthstone-related builds on his YouTube channel, so check those out as well.