Every year, the residents of Inakadate Village in Japan’s Aomori Prefecture make large scale pictures on rice paddies using four kinds of rice as their ink. The pictures are typically recreations of classic Japanese paintings, but YouTuber juzji saw that the village also had a modern inspiration for one of their artworks this year. 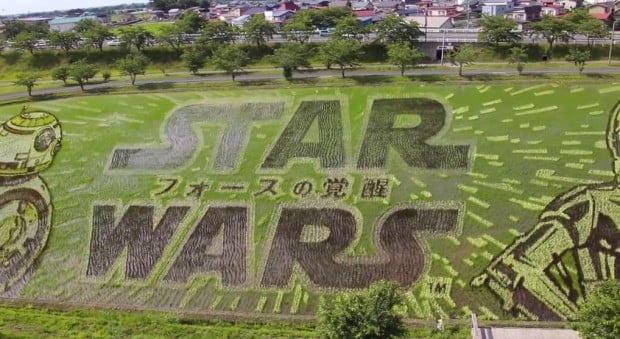 The carbs are rich with this one.