There has been a bunch of Batman TV shows over the years in both cartoon and live-action form. Batman has also appeared a bunch of times on the big screen with my favorite being Christian Bale and his gruff-voiced depiction of the superhero. Fans of Batman wanting a more cartoonish bust of the caped crusader for their desk check this out. 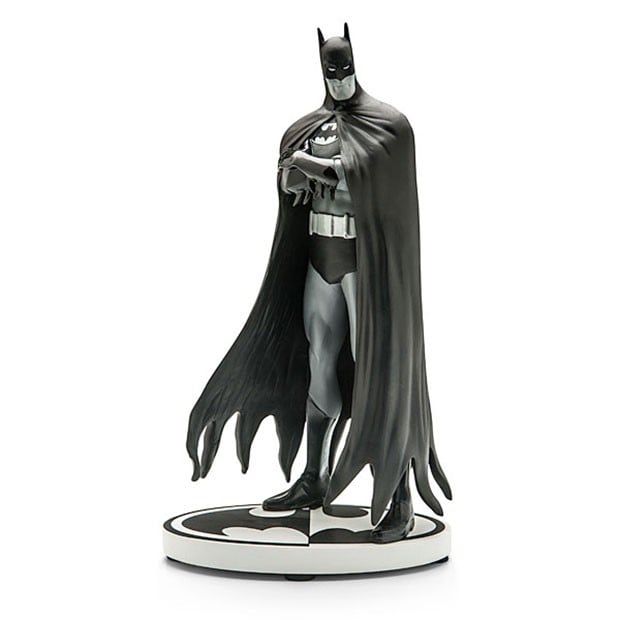 This is called Batman: Black and White by Brian Bolland. It’s a dramatic statue of a tall, lanky Batman, shaded entirely in black, white and grey. The the 7.75″ tall statue is a limited edition. Exactly how limited we don’t know. 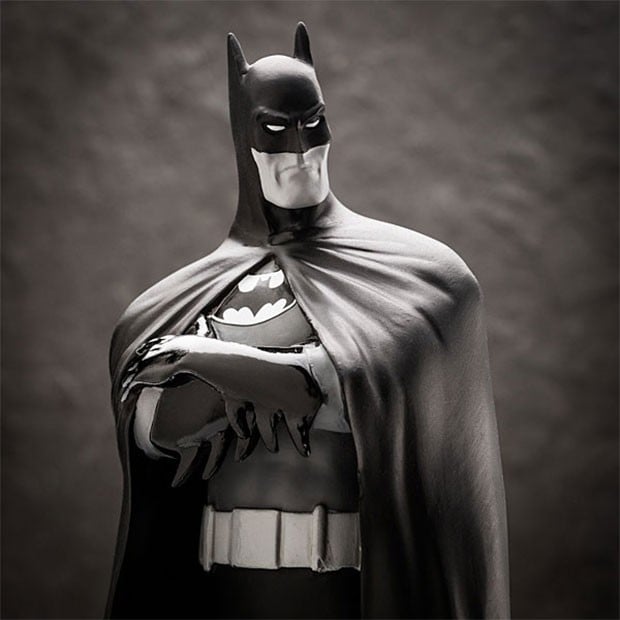 Considering the price for the statuette is $79.99(USD) at ThinkGeek, I’d wager it’s a very large run. Typically, we see limited edition statues run into the hundreds of dollar range.