Astronauts on the International Space Station get up to some cool experiment. Sometimes these experiments have limited scientific value, but look really cool. Take this video from the ISS shot with a fancy RED 4K camera. 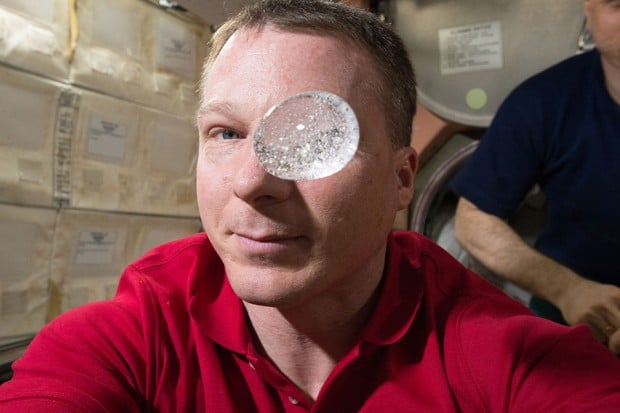 Astronaut Terry Virts first uses a syringe to drizzle a big orb of water into the room. He then takes an effervescent Alka-Seltzer-like tablet, and stuffs it inside the orb of water. The tablet starts to fizz inside the orb making it milky and opaque, and causing it to inflate.

As more water is added, the fizzing really kicks up and eventually little flecks start shooting off the main orb and flying around like tiny rogue moons. Neat. If your computer and display can handle it, watch the video in 4K for optimal effect.