A few years ago we checked out a motion-controlled robot. LEGO designer Daniele Benedettelli also came up with a motion control setup for his Cyclops robot, but instead of using a motion sensor he made a exoskeleton made of LEGO that tracks his movement and relays it to the robot. 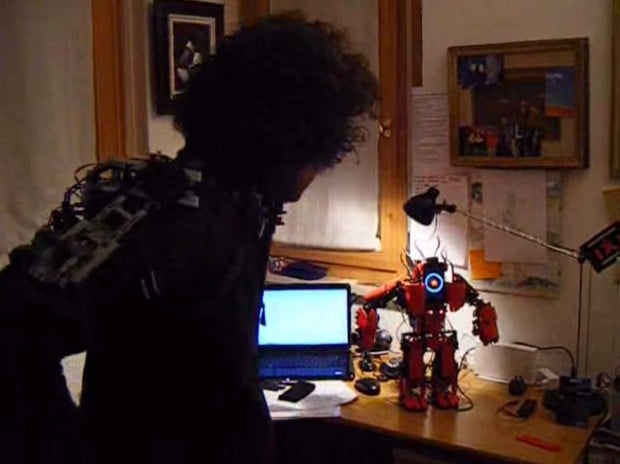 Daniele’s current exosuit detects only his arms, which in turn means he can control only the robot’s arms. That said, his setup is accurate and has minimal lag.

I hope Daniele can make the exosuit’s lower half as well. Then all he’d need to do is learn the techniques of Jigen Haoh-Ryu, and he and Cyclops will be unbeatable.

[via Daniele Benedettelli via Nerdist]