If you like your World War II tanks made of LEGO rather than armor, check this out. This awesome tank model is outfitted with minesweeping flails and is the creation of Tommy Styrvoky. It’s a 1/18th scale replica of a WWII M4 Sherman tank. 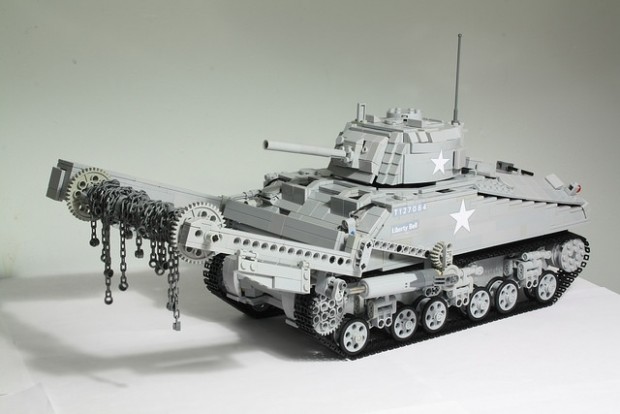 It has the aforementioned flails, a turret that moves 360-degrees, a gun that rises up, two-gear transmission and electronic braking. The LEGO axis will not know what hit them. This small tank packs in a ton of features. Check out the video to see it in action. 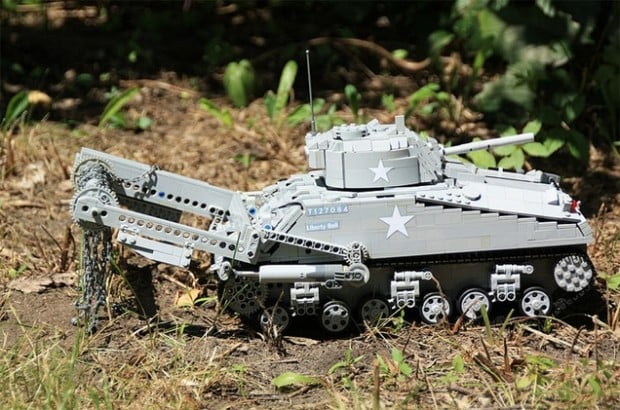 Awesome job Tommy! Good idea adding those flails. You wouldn’t want this thing blown up by any LEGO mines. 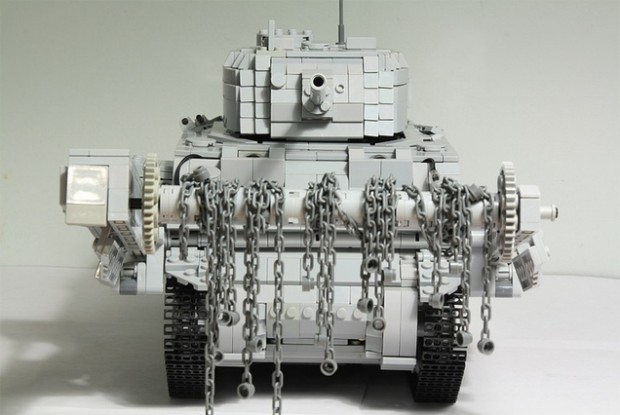