Some people are so good at things that they make you feel downright stupid. If you have zero talent solving the various Rubik’s Cubes, then Melbourne, Australia Rubik’s Cube champion Feliks Zemdegs will make you feel pretty useless. 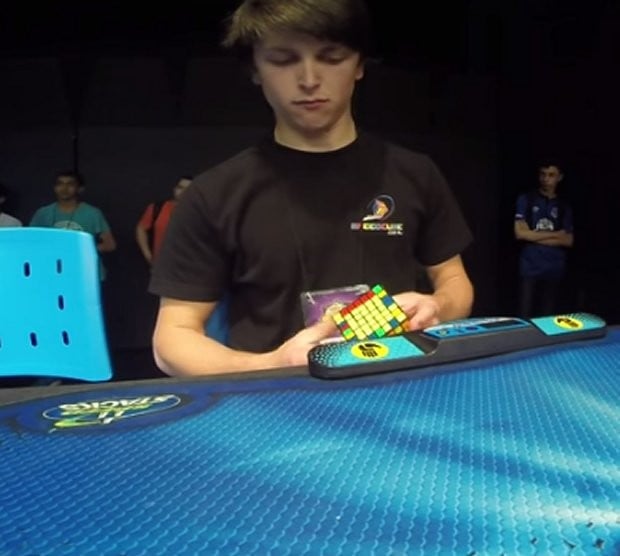 This guy has set the world record for solving a 7×7 Rubik’s Cube, finishing it in a most impressive 2:23.55. That’s under 3 minutes, not under 3 hours, which is closer to what you or I could accomplish – on a good day. The kid is a real champion. He’s probably solving complex math problems in his head at the same time.

Whatever. I can solve it too. I just have to take it apart and put it back together again. So who’s smarter?