You have probably listened to the Super Mario Bros. soundtrack hundreds of times, but have you ever listened to a piano medley of the game’s greatest hits played on a giant Nintendo Entertainment System? Now you can, because this piano is a giant NES. One that doesn’t require blowing in the cartridge to get it to work. 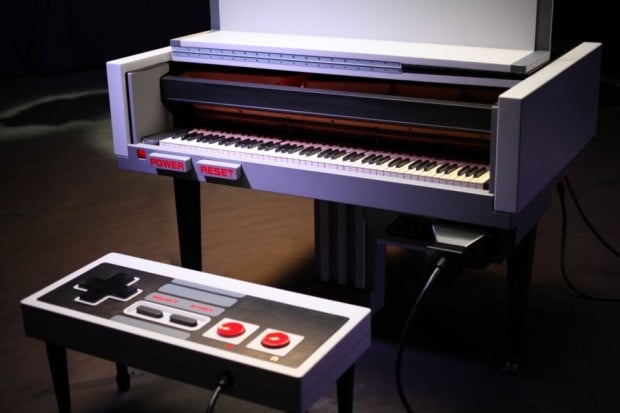 This is composer Sonya Belousova and filmmaker Tom Grey’s way of honoring the 30th anniversary of Super Mario Bros. The Mario medley includes music from the game’s first level, the underground theme, the underwater theme and the ending notes from the completion of a level.

The duo is called Player:Piano and this is a teaser for their album of 8-bit gaming themes for the piano, which is available today on their website, iTunes, Amazon and Google Play. The album has eight songs from several games like Mega Man II, The Legend of Zelda and Castlevania. It is sure to be a hit with video game fans.

If you like the piano, they will be giving it away to a YouTube subscriber when they hit 1 million subscribers too. I wonder how the shipping will work on that.