CD Case Hologram Projector: The Future Was Here All Along

You can buy specially constructed prisms that turn a mobile device – or any small display for that matter – into a hologram-like projector. But you can save a few bucks by making one out of a CD case instead. 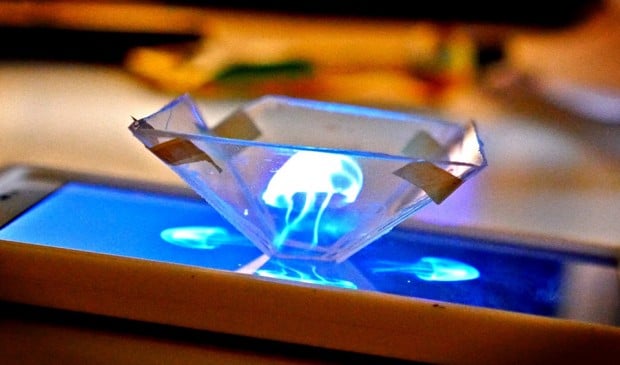 The materials needed for this hack are commonly found, and it involves simple cutting and taping so anyone can do it. Mrwhosetheboss actually got the idea from fellow YouTuber American Hacker, but the former’s instructions are much clearer.

As mentioned in the video, the display will work only with videos or images made specifically for such a prism. I’m not sure if Holho’s mobile apps will work with it, but they’re free so you might as well give them a shot.