Mario is the man – as long as he is in the Mushroom Kingdom anyway. Nothing can stop him. But what if he is accidentally dropped off in another world, like the Green Hill Zone level from Sonic the Hedgehog? Well, that’s a completely different story. 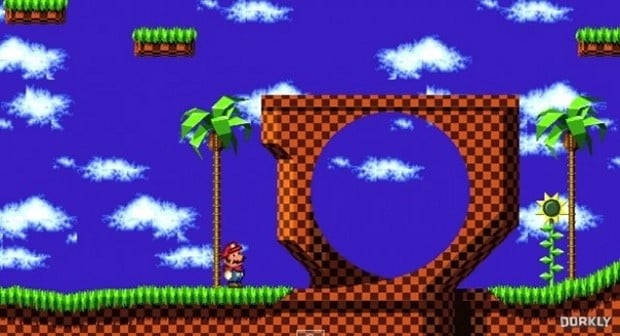 Our favorite plumber is out of his element in Sonic’s world. Poor guy can’t do anything right. Stuff doesn’t die when you jump on it, you can’t just beat a boss in 3 hits and how is a plumber supposed to get anywhere when there are crazy loops you have to run through? This is like The Twilight Zone for Mario.

On the other hand, Sonic doesn’t seem to have any trouble in Mario’s world.