Last year, we checked out a light switch that let you toggle lights just by waving your hand. Knocki lets you do that and more but by knocking or tapping on a surface. 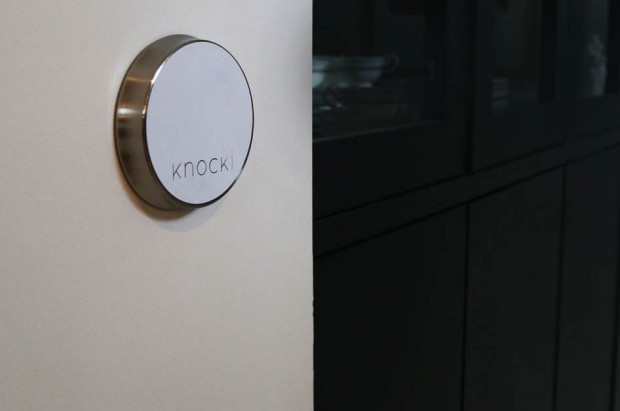 Unlike the Clapper, Knocki doesn’t use microphones to detect knocks. Instead, it senses the vibration on the surface that it’s mounted on. That reduces false positives as well as multiple activations in case you have multiple Knocki units near each other. 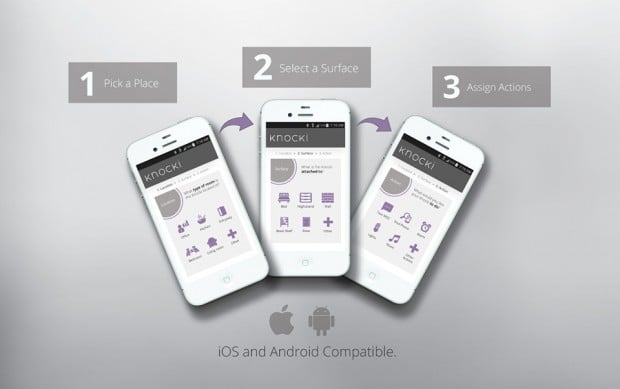 So what can you do with Knocki? For starters, it lets you trigger and talk with your smartphone. For instance, it can text you if someone’s knocking at the door or left mail at your mailbox. Or you can call someone with just a knock. 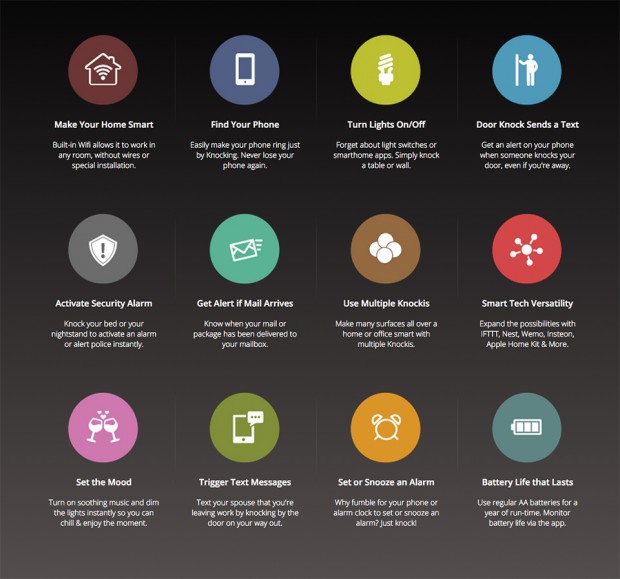 But you’ll get the most out of Knocki by integrating it with smart appliances and automation systems such as IFTTT, Nest and even Apple’s new home automation platform Home Kit. Then you’ll be able to control and monitor your home with just a few knocks.

Pre-order a Knocki for $59 (USD). You can program different functions into a single unit, so you don’t have to go all in with a house full of Knockis like the family in the video.