Predator fans who like comic books may remember when the very first issue of the Dark Horse comics based on the galactic hunter hit stores. It has been 25 years now since that first issue was published. To celebrate that anniversary a sweet new action figure has been unveiled. 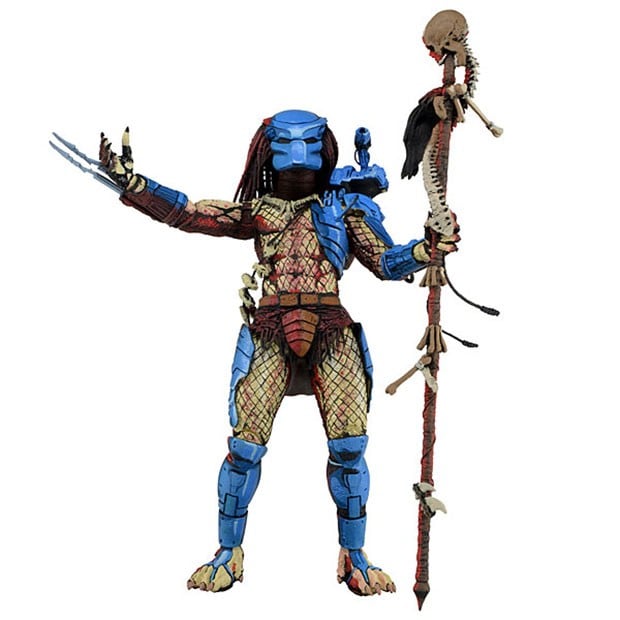 The 8-inch action figure is designed and colored to look like the blue armor-wearing Predator from that first issue. The action figure is aimed at collectors and packed in a window box with original comic book art. 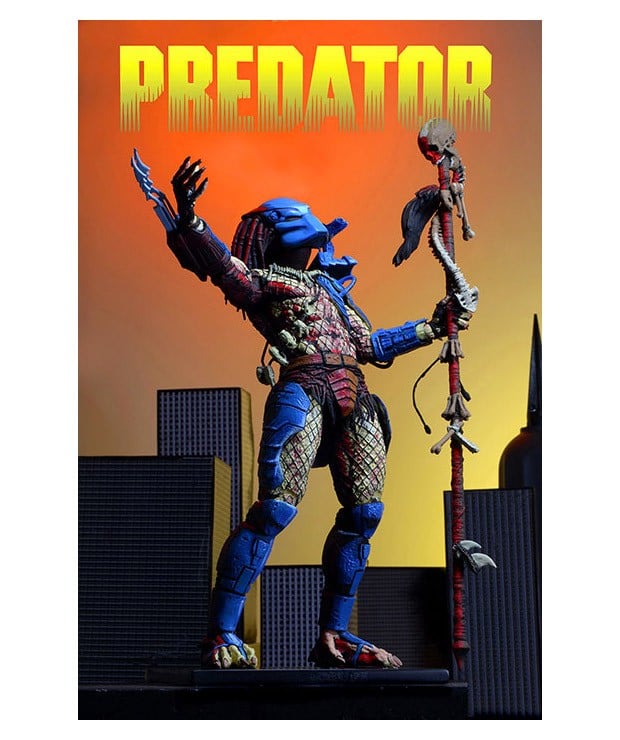 The action figure also ships with a mini-comic reprint of Predator #1. You know you will want to play with this thing. I suggest you order two so one can stay in the box. You can get them at ThinkGeek for $29.99(USD).