Check out this massive and awesome LEGO Sandcrawler made by Jarren Harkema and Calvin Hartley. They studied Star Wars: Episode IV inside and out then set out to create this beast. They also spent hundreds of hours planning, designing and building it. 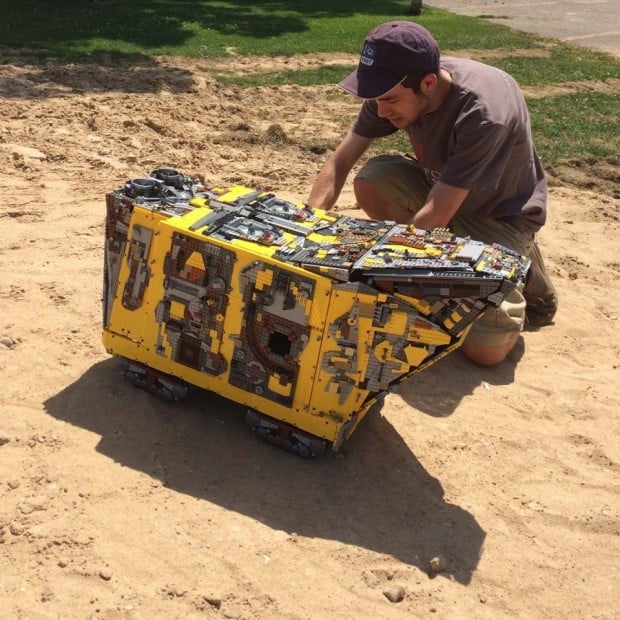 This LEGO masterpiece measures 3-feet long, weighs 28-pounds, and took 10,000-bricks to construct. It’s also mechanised, with moving tracks, an elevator, a droid lift, a conveyor belt, and cooling fans on the roof.

They spent over 500 hours building the sandcrawler, and it was recently shown off to the public at Chicago’s Brickworld LEGO convention. It was even nominated for “Best Mechanical Creation.”

You have to love all of that detail. All of that time studying the movie really paid off. The duo behind the creation met at a LEGO robotics club and have been friends ever since. Obviously, they make a great team, and have a great eye for detail.

[via Michigan Live via Gizmodo]