Here’s a relatively simple project for 3D printing newbies. YouMagine member excite tricked out his foosball set by replacing the heads of the players with stormtrooper helmets. 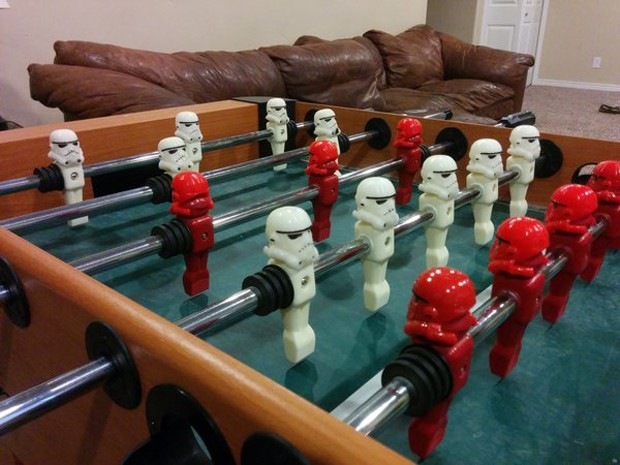 Excite based the helmets on Thingiverse member ProCoPrint3D’s design, then used permanent markers to add details. He admits that the mod won’t be compatible with other foosball tables – he has a Sportcraft table – and that the players will become top heavy, hence, they’re bound to fall over. 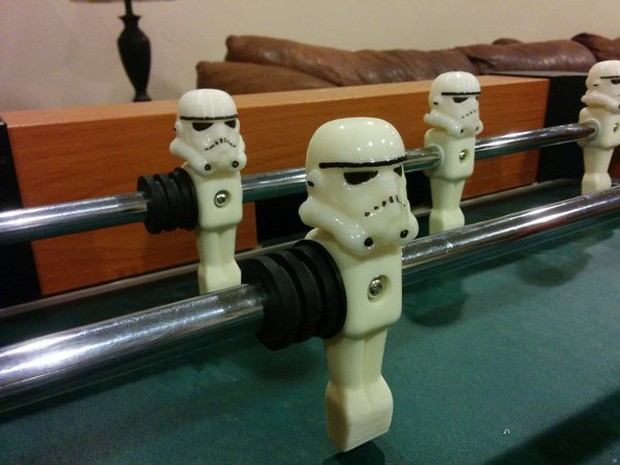 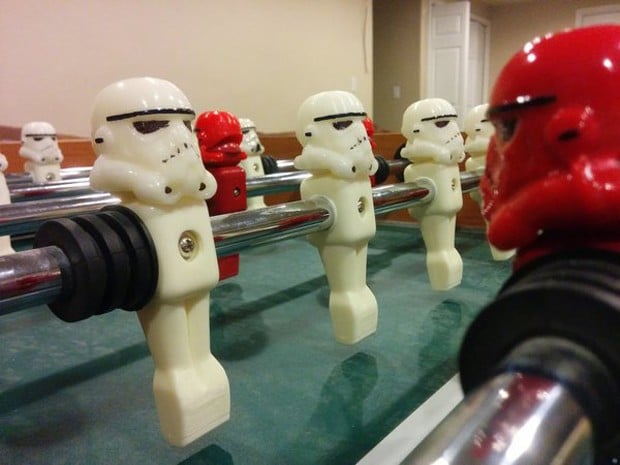 Something tells me these guys will always end up in penalties. Head to YouMagine to download excite’s files.