Check out this daisy chain of cranes lifting other cranes and showing off how tough and powerful they are. This video comes from Germany’s Liebherr, a heavy equipment manufacturer demonstrating their cranes’ insane superhero-like abilities. 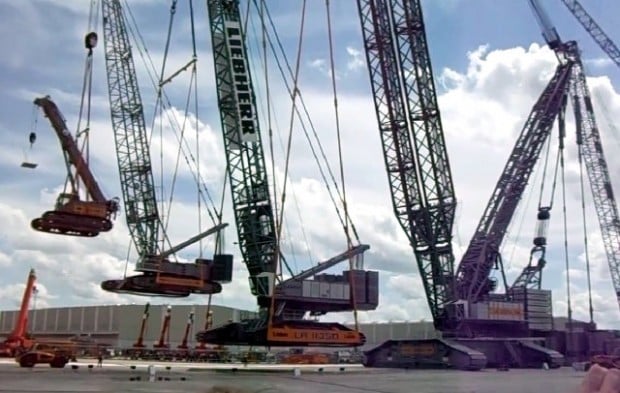 I think they made their point. And the point is this: They have nothing better to do with their cranes. Seriously, it’s pretty cool to see all of these machines picked up and in a row like that. Good one, Germany.