We already have a wealth of options for traveling short distances in urban areas. Bicycles, skateboards and scooters are getting smaller and lighter, with electrically-assisted variants to choose from. But if Cocoa Motors’ WalkCar is for real, we might be seeing this all over cities in a couple of years. 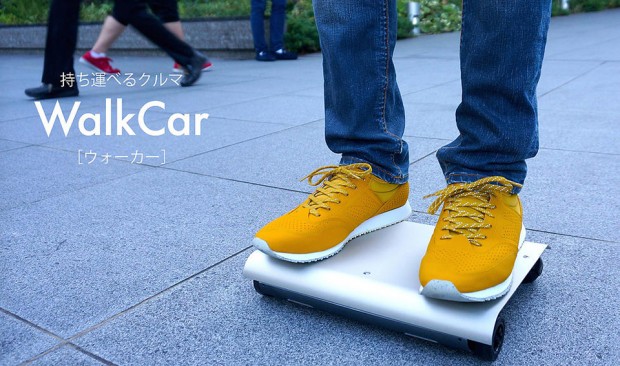 The WalkCar’s most notable feature is its extreme portability. It’s about the size of a laptop and according to Reuters, the indoor version weighs just 4.4 lb. while the outdoor model is still a manageable 6.6 lb. But within its compact frame lies enough power to push two people. It has a maximum capacity of 265 lb., a top speed of 6.2 mph and go up to 7.2 miles per charge. The battery takes about three hours to charge. The WalkCar moves forward when you get on and stops when you get off. Simply shift your weight left or right to steer.

Cocoa Motors is planning to launch a Kickstarter for the WalkCar this October, and it eventually plans on selling it for about $800 (USD) by spring 2016. It’s not exactly affordable, but assuming it works as advertised I think it’ll be a hit.