Carlos Gomez Andonaegui owns a health spa in Mexico City, which doesn’t have a nearby water source. As a result, their water bill would sometimes be ridiculous. Five years ago Carlos thought of a way to reduce his business’ water usage. The result is Nebia. 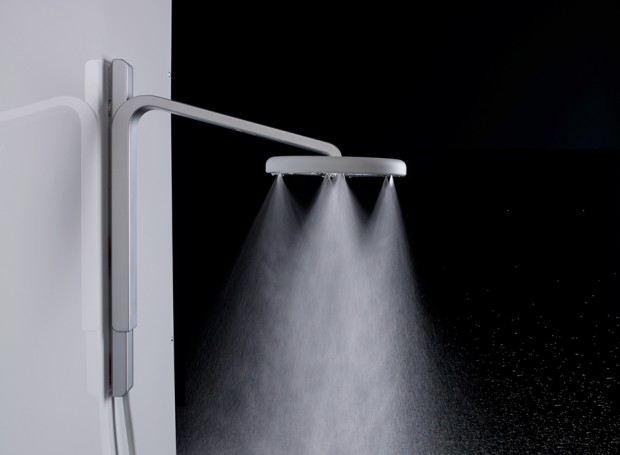 According to Nebia, its eponymous showerhead uses just 0.75 gallons per minute (GPM), a far cry from the (alleged) standard of 2.5 GPM (The USGS estimates current water-saving showerheads to have a flow rate of 2 GPM). Nebia does this using atomizing nozzles that disperse water as small particles over a wide area, while enveloping users with a mist of water.

Pledge at least $299 (USD) on Kickstarter to receive a Nebia showerhead as a reward.