Fans of the Harry Potter films will recognize this prop straight away. It’s a replica of the Golden Egg from the Triwizard Tournament. This replica doesn’t open or move, but it is shiny and has etchings of a mythical city on it. 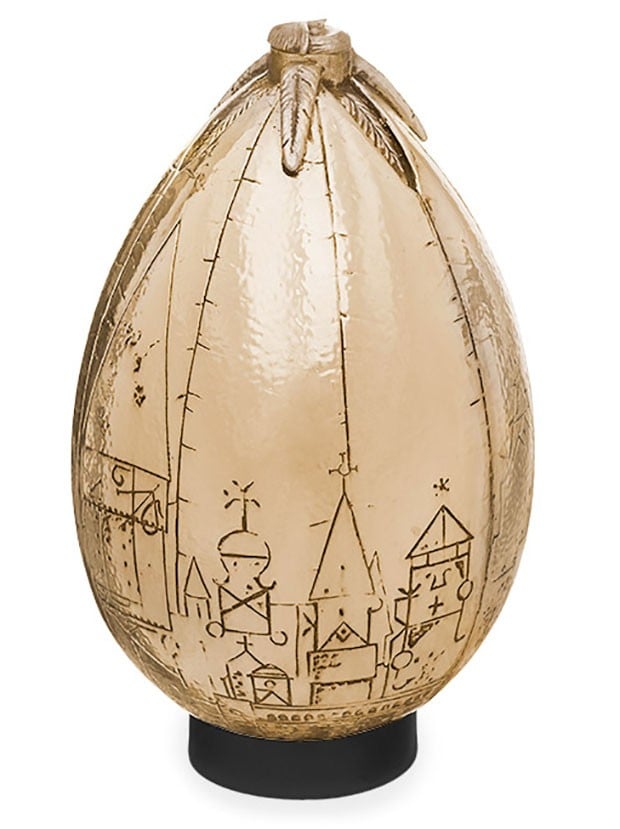 The egg was described in Harry Potter and the Goblet of Fire and reminds me more of an eggplant or a gourd than an egg. It’s quite large at over 9-inches tall, and comes with a display stand ring. 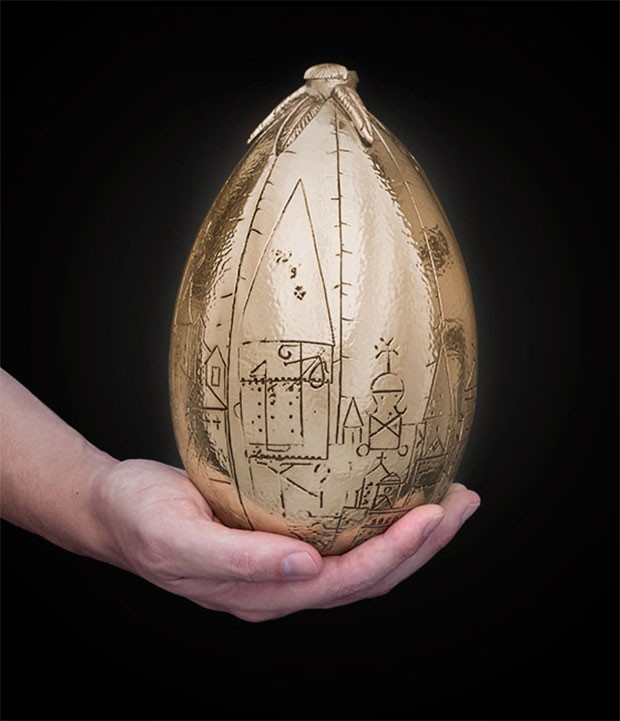 Since it is a licensed product, it costs a lot more than you might expect for something with no moving parts. Get your own at ThinkGeek for $69.99 and you can win the Tournament every time. 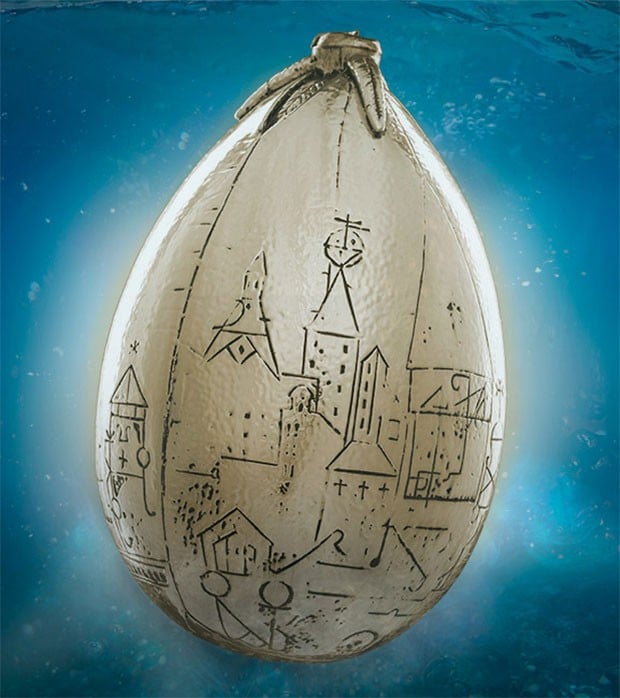