Growing up I didn’t read comic books, but I watched the heck out of superhero cartoons on Saturday mornings. All I knew of Stan Lee was that he was the man who introduced the Spider-Man episode that I was about to watch.

There are plenty of action figures out there of the heroes that Stan Lee helped create, and finally there is an action figure of Lee himself. 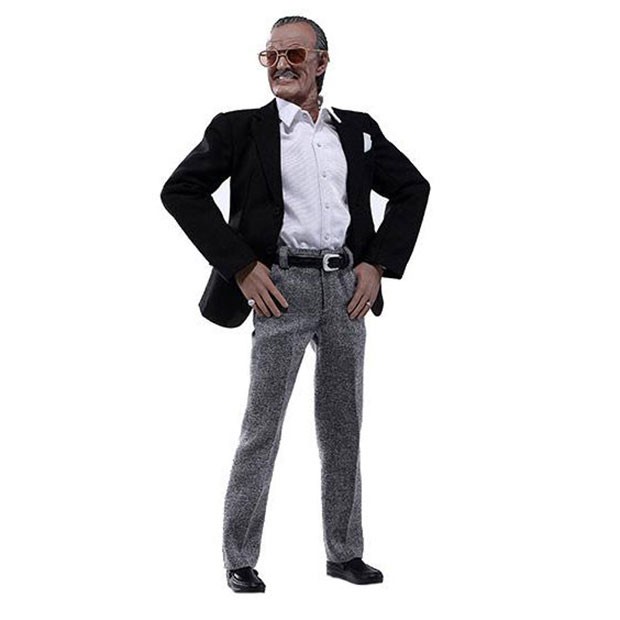 This is the Stan “The Man” Lee 1/6th action figure. It is a limited edition with 1000 units being made. It stands 12″ tall, and Stan comes with a handsome jacket, pants, and a bunch of accessories. 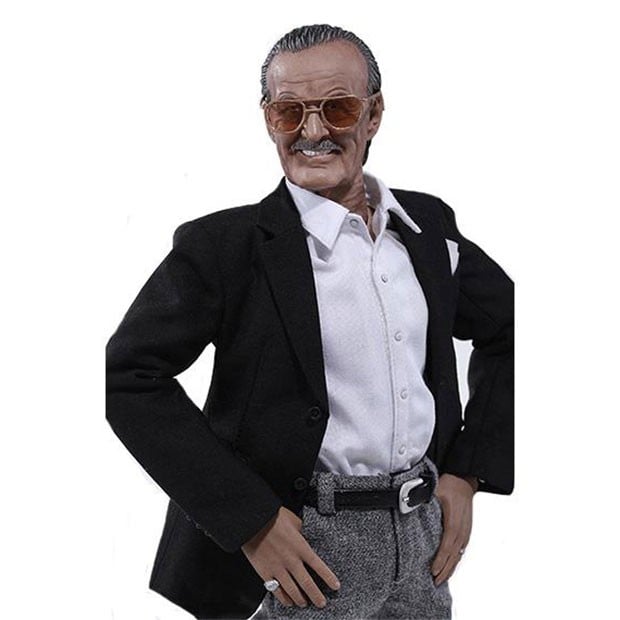 Those accessories include four hands, two eyeglasses. A wrist watch, two rings, a handkerchief, and a stand. The extra head is particularly creepy. You can get your own Stan Lee action figure at ThinkGeek for $249.99 (USD). 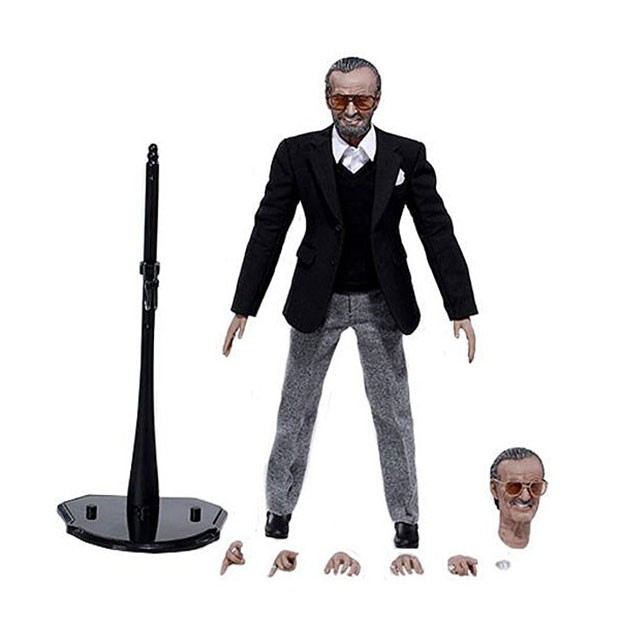