It’s really hard to be a drone enthusiast right now. There are too many laws restricting your movement – with more coming, people wanting to shoot your drone from the sky, and now eagles. If this video is any indication, eagles seem suddenly pissed about drones in the sky. 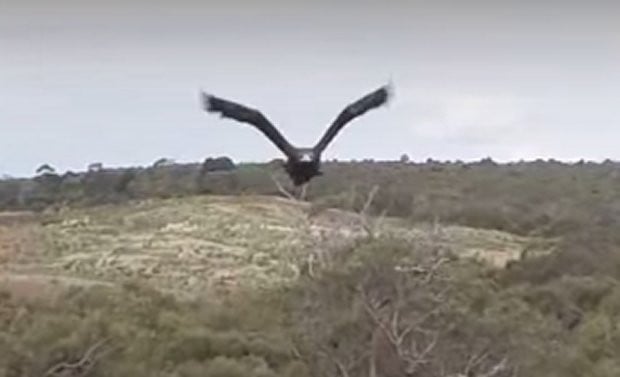 This drone is minding it’s own business, having a calm and leisurely flight over Australia, when suddenly out of nowhere, a huge wedge-tailed eagle kicks the crap out of it. You can almost hear the eagle say, “Do you bleed?” like Batman in the Batman v Superman trailer.

I’m not sure if it thought the drone was a tasty bird or if it just wanted to prove it’s own dominance over the sky. Whatever it’s motives, it was a quick fight.

The eagle is apparently fine; the drone, not so much.