Back in the day, I loved this cartoon that came on Saturday mornings called Kwicky Koala. He was a Koala bear that was really fast and ate lots of leaves. It was weird, but I thought it was awesome. As it turns out, real koalas are pretty lazy creatures. They tend to sleep up to 22 hours per day.

Elisa Evans was at the San Diego Zoo, and happened to catch Kwicky in a rare moment jumping off his limb. The fuzzy little critter looked like a badass on his way down. Evans posted the shots to her Facebook page, and as you might imagine the internet had a field day.

The end result: Jedi Koala, and it looks like he’s ready to take on the Empire with his little lightsaber. 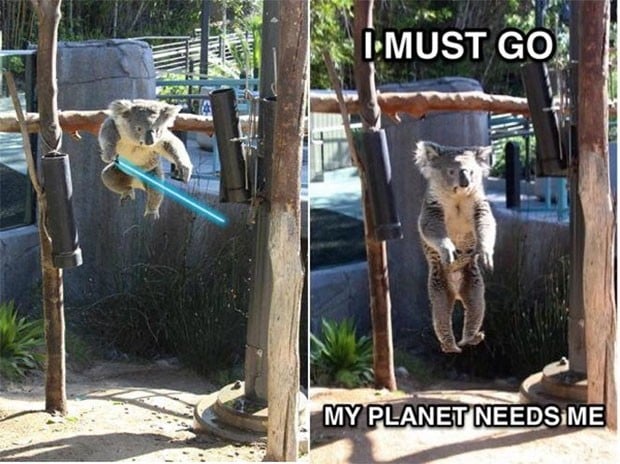