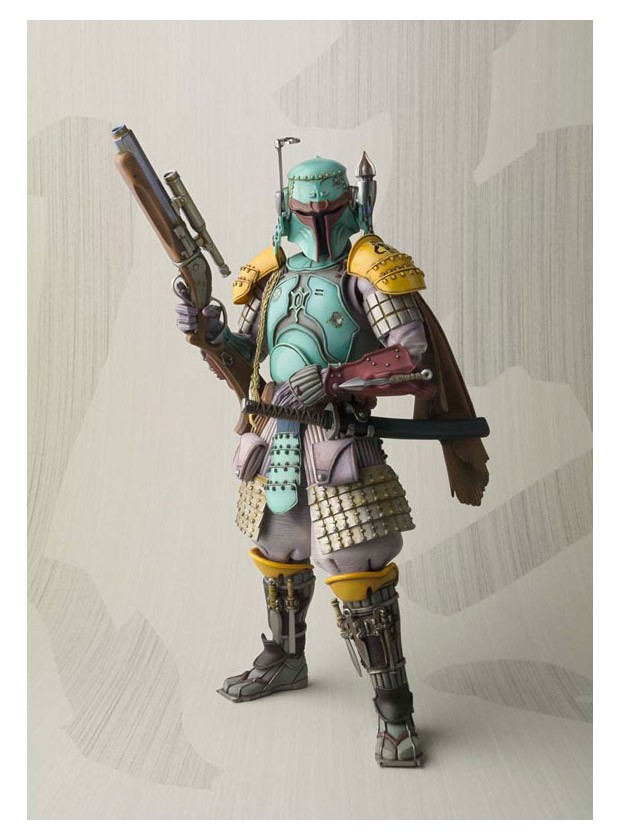 This Ronin Samurai Boba Fett was sculpted by artists Takeyuki Takeya and Junichi Taniguchi. Look at that armor. And those colors. This may be my new favorite action figure. Boba’s EE-3 rifle has been turned into a flint-lock style blaster and the missile on his back can be removed or re-attached. Also, that helmet-mounted scope is movable. 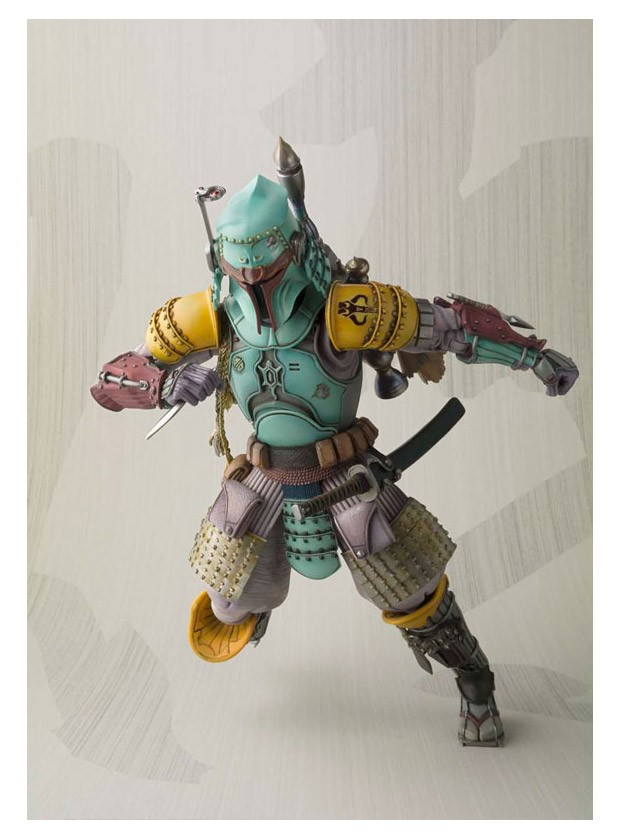 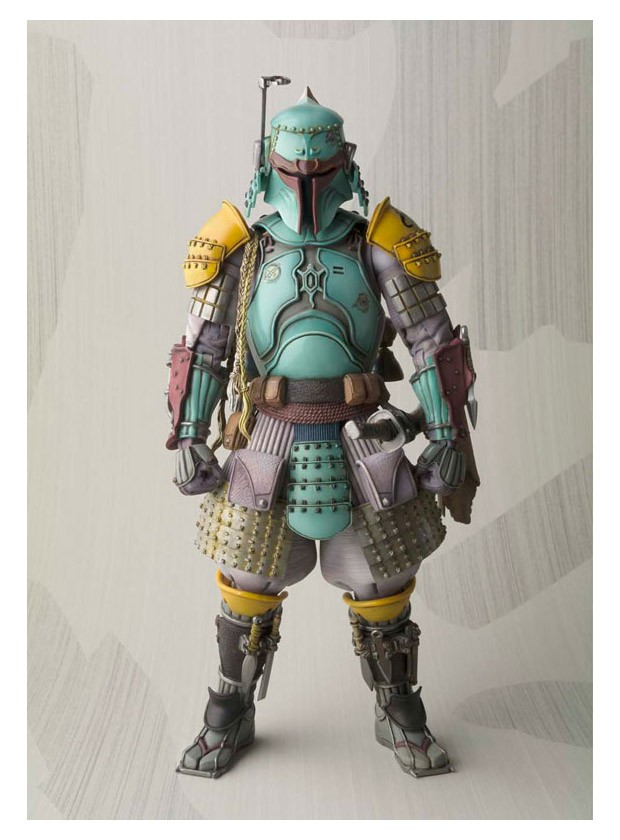 Lastly there’s the short ninja-style sword and sheath, as well as several ninja-style blade accessories that can be attached to his shin and forearms. I need this figure. It will release in January 2016, but you can pre-order it now for $89.99(USD). 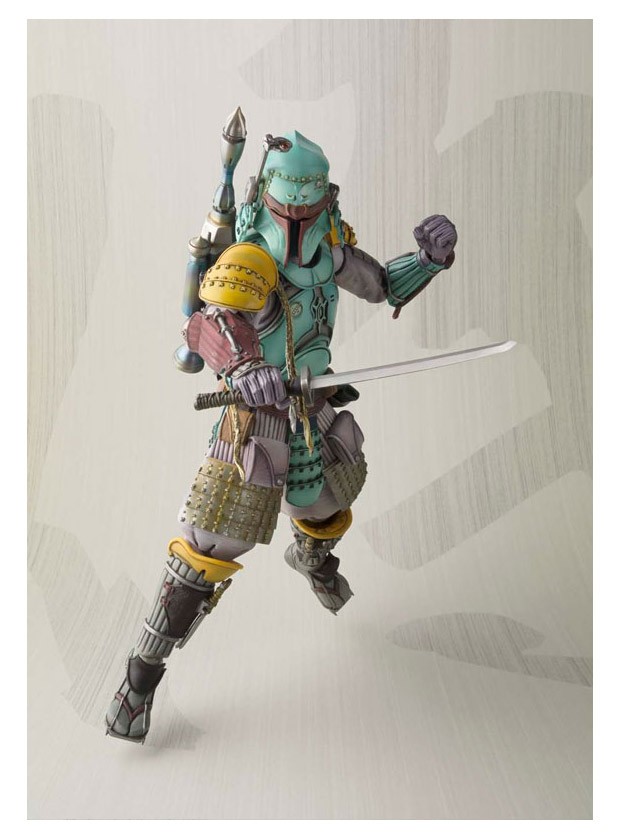 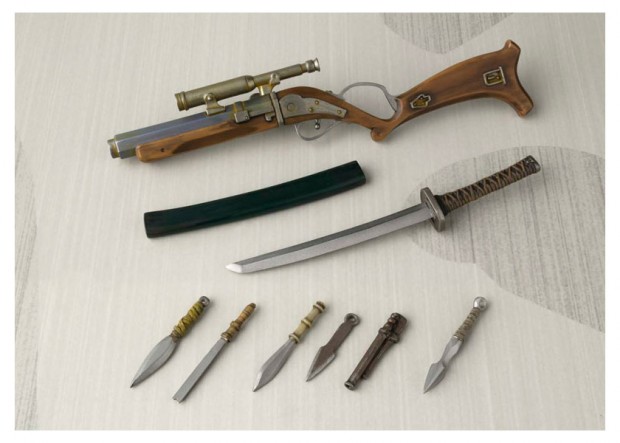 If this guy fell into a Sarlacc Pit, he would do so with honor. 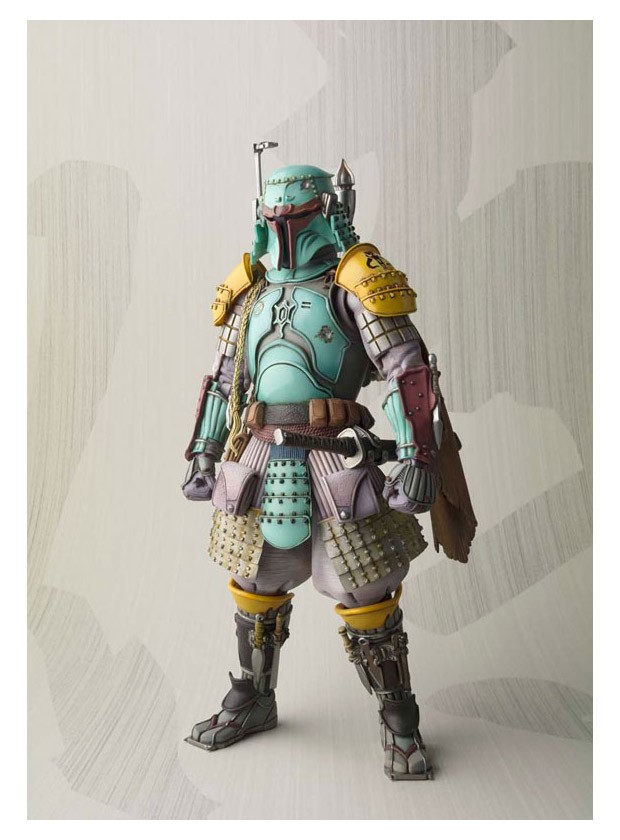