We’ve seen a robotic stroller that can drive itself. Volkswagen Netherlands claims it came up with a similar project just for kicks. 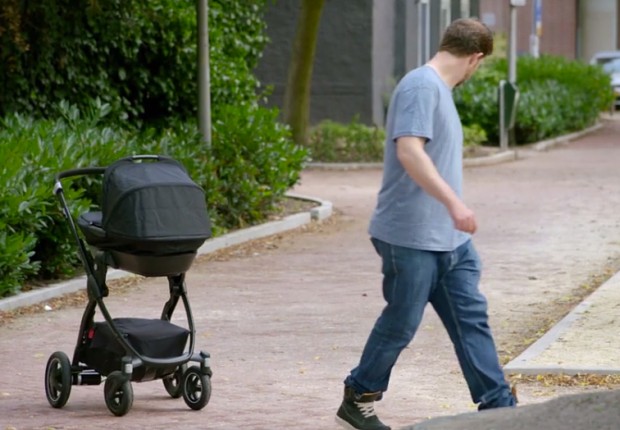 The project was accidentally inspired by a short VW commercial. In the ad, a woman complains that a stroller doesn’t have obstacle detection like her VW car. A Facebook commenter pointed out that such a stroller would actually be cool, so VW went to work. But they also added (or so they say) part of a VW Golf’s cruise control to make the stroller follow and maintain a set distance from a person.

That adaptive cruise control system needs to be in all cars. And strollers.