As a tech guy, I’ve been through a number of different wireless routers over the years. Between ever-improving speed and range, as well as the occasional hardware failure, my closet is a veritable graveyard of routers gone by. For the last couple of years, I’ve been using an ASUS RT-AC66R router, long hailed as one of the best and most powerful home and office routers ever made. Well, move over ASUS, there’s a new router champ in town, and it’s the NETGEAR Nighthawk X6 (R8000). 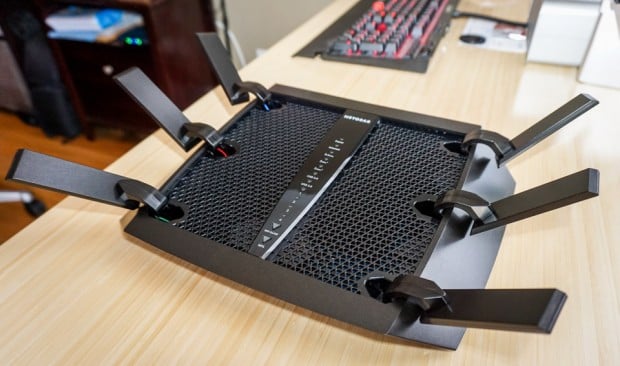 It might look like some sort of alien technology, but the Nighthawk’s six high-power antennae and underlying circuitry not only substantially increased my internet performance, but allowed me to access the internet from corners of my 3-story, 4,000 square foot house that had previously been either completely dead spots, or as slow as an old 300-baud acoustic coupler.

In fact, the Nighthawk outperformed the ASUS by an astounding 2000% in some parts of my house. Spots where download speeds had previously dipped down to 2 to 4 mbps are now performing at over 89 mbps – the same as I get on a wired connection. Oddly, ping times for the Nighthawk generally underperformed my older router, but real-world download and streaming performance is dramatically better everywhere in and around my house, except for my home office computer, which was immediately adjacent to both routers, and was already doing pretty well before.

I previously had issues with streaming 4K video on my living room television – it frequently dropped down to 1080p or lower resolutions on both Netflix and Amazon, but this was solved too, thanks to the Nighthawk. Note the 2160 resolution in the upper left corner: 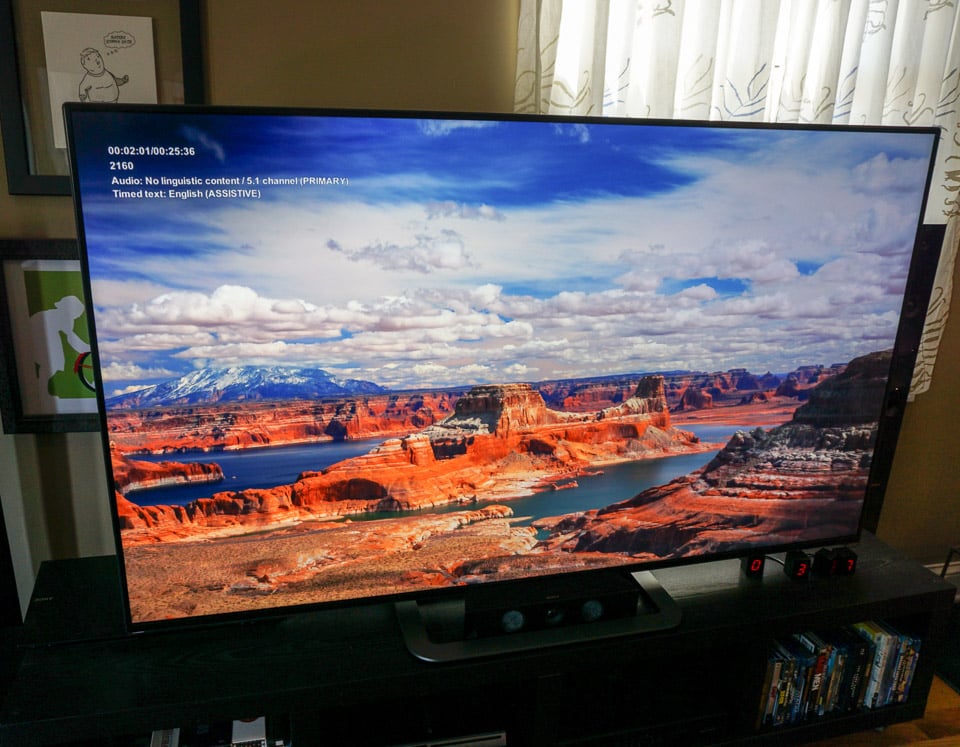 Setting up the Nighthawk is simple. It comes from the factory with both its 2.4 and 5.0 GHz networks pre-configured, but you’ll want to change the default network names and passwords once you’re up and running. Netgear’s web-based interface provides quick and easy access to all of the wireless settings. 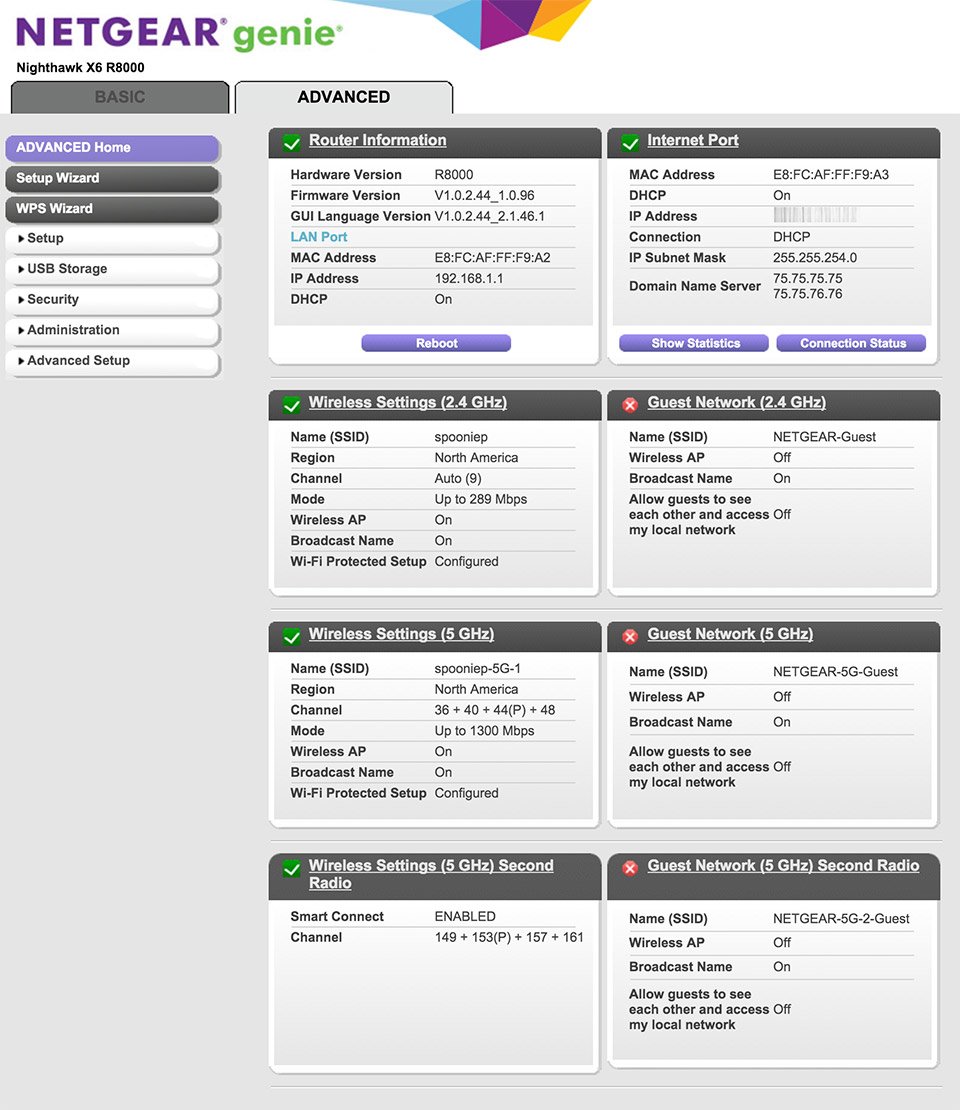 The Nighthawk offers both 2.4 GHz connections for 802.11b/g/n legacy devices, as well as dual 5 GHz radios for today’s 802.11a/n/ac gear. There’s even a “Smart Connect” mode which allows both of the 5 GHz radios to show up as the same network name, so you’ll just automatically connect to the stronger signal. There’s also the ability to set up guest networks so you can allow visitors to access the internet, but not your internal devices or other users on the network. Other features include the ability to meter traffic, set parental filtering rules via an integration with OpenDNS, and to manage the router remotely – along with IP restriction for added security. 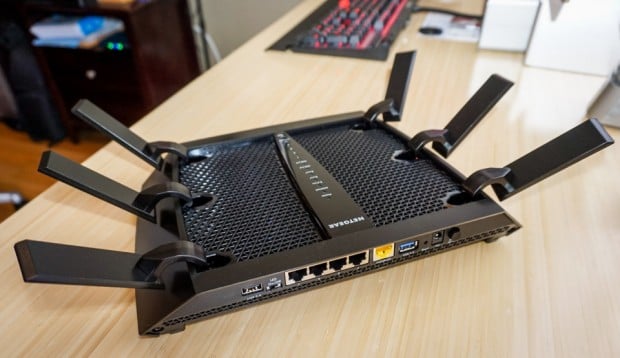 At the end of the day, the main reasons most people buy a wireless router are because they want fast and reliable internet connectivity, and the NETGEAR Nighthawk X6 delivers. If you live in a multi-story house or want access access in the area immediately outside your home, it’s hard to beat the Nighthawk. In my experience, I saw a dramatic improvement in speed and reliability compared to other routers I’ve owned, especially as I got further away from the router.

[FTC Disclaimer: Technabob was provided with the hardware tested in this review by NETGEAR at no cost. However, all reviews on Technabob are the unbiased opinions of our authors, and in no way represent the views of the product manufacturers represented here.]