Star Wars Snow Globe Bluetooth Speakers: May the Frost Be With You

Here are some Star Wars collectibles I have not seen before. These aren’t your ordinary snow globes. They also happen to be Bluetooth speakers. May the snowstorm be with you. 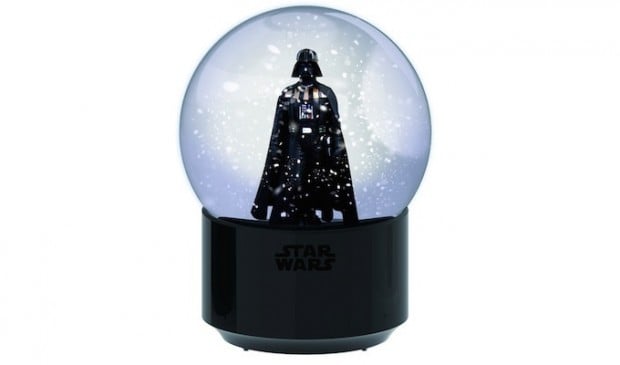 They come in Darth Vader, Threepio and Artoo, and Stormtrooper versions. Each weighs in at about two pounds and will run for just over four hours on a single charge. They will snow and sync up with whatever song you’re playing, as well as put on a light show with color-changing LEDs.

These fun speakers are available for preorder from Japan Trend Shop for the rather ridiculous price of $221(USD) and will be in stock on September 9. If you’re fortunate enough to live in Japan, you can get them for ¥18,000 (~$145 USD) each.

These are the perfect desk toy for the winter months.