I view birds as the foul demons that they are – ready to crap on my car as soon as I clean it, typically right on the door handle. I also harbor an unhealthy fear that one of those birds will crap on me. A new and very weird game has turned up called Sploot. 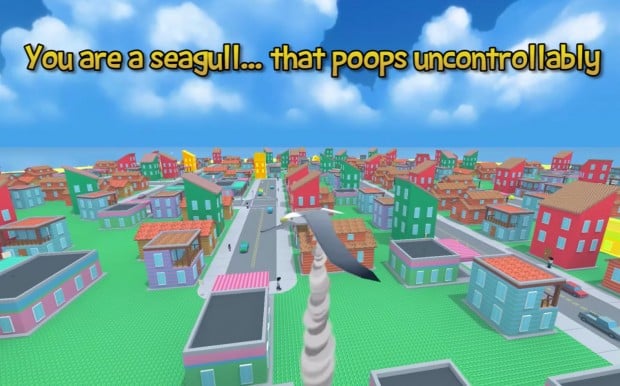 In the game, you play as a seagull with bowel problems. This constantly pooping seagull goal is to shit on as much as possible. To add to the fun, the game supports Oculus Rift VR headsets, for maximum player immersion.

In the game, you drop a deuce on buildings, cars, and people, just about anything else in the environment. You earn points for what you crap on. Sploot sounds weirdly awesome. If you’d like to poop on some things for yourself, you can download it here.

[via IndieGames via Kotaku]